Mel Gibson was booked and released from the El Segundo Police Department as part of his sentence from a recent misdemeanor battery plea deal. 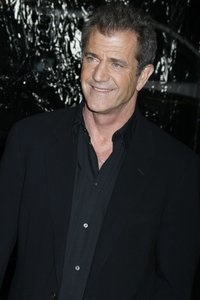 Access Hollywood is confirming Mel Gibson was booked at the El Segundo Police Department on the evening of March 16 but was then released. The booking was part of his misdemeanor battery sentence stemming from a January 2010 altercation with Oksana Grigorieva who was his girlfriend at the time.

According to reports, Gibson gave himself up to the El Segundo Police Department at 9:30 p.m. on Wednesday evening with bail being set at $20,000. He was booked and released a short time later.

Gibson recently pleaded no contest to the 2010 misdemeanor battery charge and was later slapped with 52 weeks of counseling in the best environment the courts could possibly put him in — a domestic violence program.

Mel Gibson is also required to participate in 16 hours of community service as a result of his no contest plea deal. That’s not the end of Mel Gibson’s punishment. Gibson will also be on criminal probation for 36 months and must comply with a mental health program to better his life. The doctor tasked with delving into the mind of Mel Gibson is being kept under lock and key at this time.

Do you think Mel Gibson got off easy with the sentence he was handed? Do you think Oksana Grigorieva was given justice?