Pink was sporting a new hairstyle at The Lincoln Lawyer premiere, but she’s not really digging her new look.

Pink is a hairstyle trailblazer but even the best of trendsetters have bad hair days. Pink sported a new silver pixie cut recently, but the star isn’t feeling her new mane. After fans began flooding the blogosphere with no love for Pink’s new ‘do, she tweeted, “The woman that did my hair butchered it. i hate it. thanks for pointing out how much you all hate it, too. helpful.” 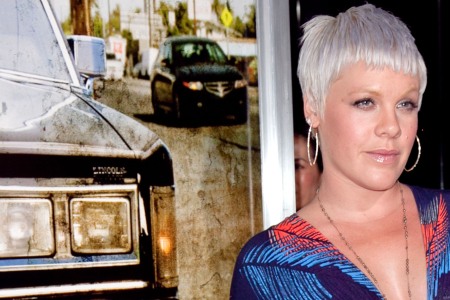 Pink isn’t a stranger to short cuts or the silvery shade, but this one has an oddly round shape and misplaced bangs that don’t really resemble the rocker’s fire and brimstone attitude.

While Pink isn’t too fond of her hair and we’re all in agreement that it’s not her best look, she does deserve a break. Pink is pregnant with her first child, so maybe she was just feeling a change and went for it in the heat of the hair moment.

Here’s to hoping she goes back to higher hair and less pageboy bangs. Oh, wouldn’t it be fabulous if Pink went back to the old school days and added a bit more pink to her hair?

Tell us what you think. Do you like Pink’s new hair? What’s your favorite Pink look?