Another round of naked photos of Vanessa Hudgens has hit the net and the former Disney starlet isn’t taking it lying down. Angry and determined to find the culprit, Hudgens has gotten law enforcement involved. With Hudgens’ film Sucker Punch about to hit theaters, however, some are wondering if this third “leak” is really a publicity stunt. 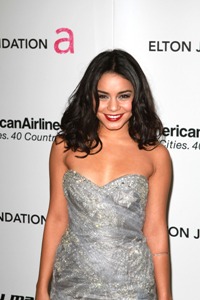 Three’s not a charm for Vanessa Hudgens, who saw her third set of naked photos leaked on the net Tuesday, March 15. This new set includes graphic nude shots, as well as some of Hudgens kissing gal pal Alexa Nikolas (Zoey 101).

“Vanessa is deeply upset and angered that these old photos, which were taken years ago, continue to resurface,” Hudgens’ lawyer Christopher Wong said in a statement. “It is particularly disturbing that whoever got a hold of these private photos seems to be intent on illegally leaking them out over a long period of time. We are actively working with law enforcement to determine who is responsible and to hold them accountable for their actions.”

The 22-year-old High School Musical alum posed for the pics back when she was still underage. The first batch landed in 2007, followed by a series in 2009 that led her to file a claim against the website that posted them.

“It’s screwed up that someone screwed me over like that,” Hudgens told Allure in 2009.

While SheKnows can understand why Hudgens would be upset, there is another angle to this story circulating. Some are snickering that the well timed “leak” is all a publicity stunt. Hudgens’ last two films, Beastly and Bandslam, haven’t performed as desired and with Sucker Punch hitting theaters on March 25, one site even made a crack about Hudgens needing another leak.

Whoever the source, these photos are more than just embarrassing: Since they were taken before Hudgens turned 18, they constitute child pornography. We can’t imagine Hudgens did it for the press, but whoever did it could be in serious legal hot water.