Nate Dogg, the famous music-master who lent his voice to some of the rap world’s most notable beats, is dead. 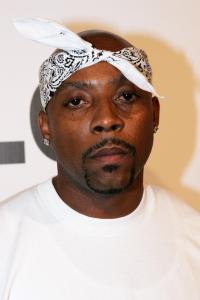 According to his family, Nate Dogg died on March 15 at just 41 years old. His cause of death is still being determined at this time, but the Long Beach, California native did have a history of strokes.

Rapper and friend Warren G had tweeted his well wishes, saying his friend was “in therapy” and “Thanks again for your support.”

In 1991, Nate Dogg, born Nathaniel Dwayne Hale, joined the rap group 213 with Snoop Dogg and Warren G. Later he branched out on his own, appearing on Dr. Dre’s album The Chronic. He reunited with Warren G for a game-changing collaboration on Regulate, which won him a Grammy nomination.

Nate Dogg lent his voice to some of the rap world’s most famous hooks, including How Long Will They Mourn Me. Besides Warren G and Snoop Dogg, Nate Dogg worked on hooks with Ludacris, Eminem and 50 Cent.

“We lost a true legend n hip hop n rnb. One of my best friends n a brother to me since 1986,” Snoop Dogg tweeted. “I love u buddy luv. U will always b wit me 4ever n a day…u put yo stamp on evrybdy u ever didit wit.”

Ludacris added in his own tweet, “There is a certain void in hip hop’s heart that can never be filled. Glad we got to make history together.”