Comedian Gilbert Gottfried has apologized for the torrent of tasteless Japan tsunami jokes that got him fired from his plumb gig as the voice of the Aflac duck. 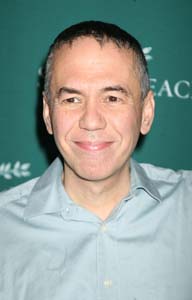 Now that Gilbert Gottfried has been fired by Aflac over it, the comedian says he’s sorry for the long string of tasteless jokes made at the expense of a crisis-stricken Japan.

Gottfried returned to the scene of the crime — Twitter — to offer up his mea culpa.

“I sincerely apologize to anyone who was offended by my attempt at humor regarding the tragedy in Japan,” he wrote.

“I meant no disrespect, and my thoughts are with the victims and their families.”

Aflac fired Gottfried after the torrent of terrible jokes, saying, “Gilbert’s recent comments about the crisis in Japan were lacking in humor and certainly do not represent the thoughts and feelings of anyone at Aflac… Aflac will immediately set plans in motion to conduct a nationwide casting call to find a new voice of the iconic Aflac Duck.”

Meanwhile, Howard Stern has come to Gottfried’s defense saying that Aflac should’ve known what they were getting into when they hired the controversial comedian — after all, the guy built a career on tasteless jokes.

Aflac has not responded to Gottfried’s apology.