He’s the cutest alien since E.T. and he eats live birds. Don’t miss our scoop on the new film Paul!

Paul is already out in the UK and it beat Elton John’s Gnomeo and Juliet at the box office. So, what is Paul all about? 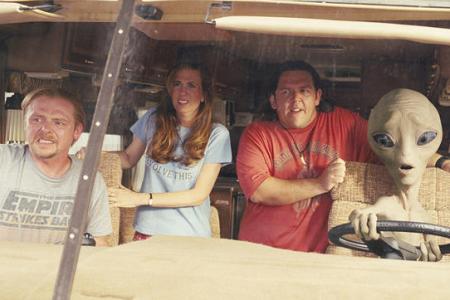 Paul stars the very funny Simon Pegg and Nick Frost (if you haven’t seen their series Spaced, march right out to the video store, my friend), plus SNL‘s Kristen Wiig. Paul the alien is voiced by Seth Rogen.

British nerds (and I say that with love) Graeme (Pegg) and Clive (Frost, also from Pirate Radio) are in the US to hit Comic-Con and take a road trip across country to see the sites. After checking out Area 51, they see a car crash. When they stop to help, they’re met by Paul, a little green guy who crashed there decades ago. 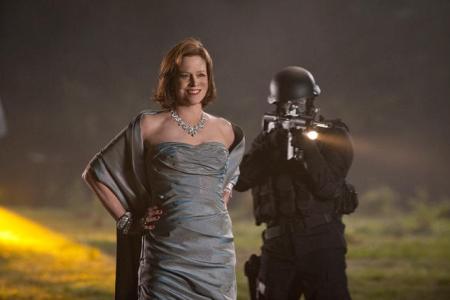 On the road, they pick up the ultra-religious Ruth (Wiig) who has her mind blown by the existence of aliens. Oh yeah, if you’re easily offended, you may want to skip this one. If you’re not, you’re going to have a blast.

Paul will hit theaters in the US March 18.