Alexis Knapp has a baby on the way and reportedly says her ex Ryan Phillippe is the daddy. Neither Phillippe nor Knapp has officially spoken out yet, but word is Phillippe will “gladly” take a DNA test after the baby is born and support the child, if it is indeed his. 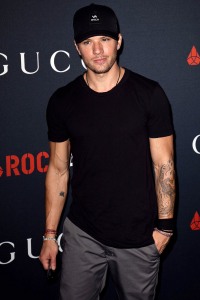 Ryan Phillippe has been out promoting The Lincoln Lawyer, but all anyone wants to talk about these days is his ex-girlfriend Alexis Knapp’s claim that Phillippe is her baby daddy.

Phillippe and model-actress Knapp broke up last September, which seems to match up with Knapp’s June due date, but Phillippe has remained mum on the situation.

Apparently, that hasn’t stopped others from speaking for him!

But before we get to Phillippe’s alleged response to the news, it should be noted that the baby daddy claims don’t come straight from the mom-to-be either.

Knapp, who will star in Thanksgiving’s Project X and the Miley Cyrus-starring So Undercover, has not gone on the record.

All reports about Knapp’s baby daddy claims come through unnamed sources, just as Phillippe’s response has.

Phillippe apparently says he will “gladly” take a DNA test to settle things, but only after the baby is born, according to TMZ’s well-connected “sources.” 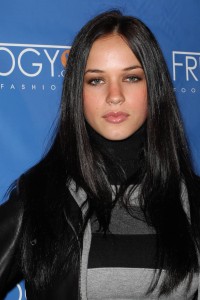 Phillippe does not, however, want Knapp to get a prenatal paternity test and risk miscarriage.

If Knapp’s baby turns out to be Phillippe’s, the Crash hunk is ready to step up to the plate and provide support.

“Ryan doesn’t know if he is the dad,” another insider told Us. “If he is, he will take full responsibility for the child.”

Phillippe, who has been recently paired with Amanda Seyfried, already shares two children with his ex-wife Reese Witherspoon, Ava, 11, and Deacon, 7.

Only time will tell if Knapp’s baby will be three for Phillippe — so stay tuned.