Trace Adkins saddles up to a seat next to us and the man is everything he is advertised. Adkins is in Hollywood talking about his role in the new Matthew McConaughey film, The Lincoln Lawyer. Adkins plays a bad ass biker named Eddie and admits, “There’s a lot of Eddie in me.” 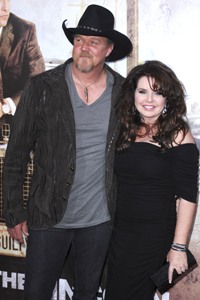 Trace Adkins is a country superstar and with his deep baritone voice and black cowboy hat, coupled with his Southern charmed accent, he makes one feel completely comfortable — not an easy task given Adkins’ six-foot-six-inch presence.

Adkins is not new to film, he proudly states he has an agent and has been attending auditions in town. But, Nashville is still home and where his heart is most at ease. It is clear that Adkins is particularly proud of his work on The Lincoln Lawyer with Matthew McConaughey, Ryan Phillippe and Marisa Tomei — especially in scenes where he goes toe-to-toe with McConaughey.

SheKnows: Your scenes with Matthew McConaughey were pretty tense. What was that experience like for you entering a movie star’s world?

Trace Adkins: It would have been terrifying, if not for the fact that he was so generous to me. He rehearsed the scenes with me and wanted to make sure that I felt comfortable. He just told me, “You’ve got this, man. Don’t worry about it. You’ve got it.” He convinced me that I was going to be all right. He didn’t have to do that, and I appreciate him doing that.

SheKnows: Matthew told us Brad Furman (director) doesn’t shoot too many takes. Was that hard for you as a new actor?

SheKnows: What drives you to do it then?

Trace Adkins: Because some people are. And, you can make a hell of a lot of money. I just love it. I do enjoy it. There’s that gratification that comes from performing in front of a live audience, and you can’t replicate that with anything else. In the studio, the creation part of this business is fun. But, when you see the fans letting you know that they enjoy what you’re doing, that’s why I keep doing it.

SheKnows: Was it a difficult process finding the character of Eddie in The Lincoln Lawyer? 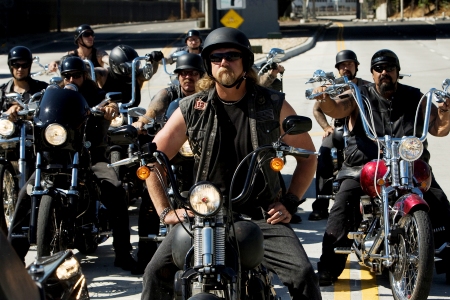 Trace Adkins: I know Eddie. There’s a lot of Eddie in me. I’ve known lots of Eddies. I’ve fought Eddies, in my life. I worked in the oil field with a lot of Eddies. When I read the script, I thought it was something that maybe I could pull off, so I came out and auditioned for it.

SheKnows: How much of Eddie is in you?

Trace Adkins: Yeah, I have a Harley. But, it was funny. They wouldn’t take my word for it that I knew how to ride. They had an insurance guy following me around, the first day I was there, so we rode around awhile. It’s the same way with horses. They won’t take your word for it that you know how to ride a horse. You have to show them. 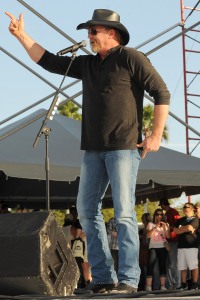 SheKnows: How do you approach doing a role on screen versus doing a song in front of thousands of people in an arena?

Trace Adkins: When I’m singing a song on stage, I hate hypocrites. If you don’t put yourself in that lyric and emote and be what that lyric says that you are, then you’re just going through the motions and you’re being hypocritical. I just take that same approach with acting. I just take the dialogue and I emote it and become that. I use the same technique, really. I’ve never been trained as an actor, so it has to be a part that I think I can identify with and is something that I can pull off. I’m no Philip Seymour Hoffman or Johnny Depp. It’s got to be a very specific thing for me to do. I’m not going to pull off every role that comes along.

SheKnows: What don’t you enjoy about the movie making process?

Trace Adkins: Just the waiting. It’s the same way with music videos. That is the one thing that music videos prepared me for, with the experiences that I’ve had making movies. That tedious waiting in between shots is the hardest part.

Trace Adkins: The challenge. Anytime you get out of your comfort zone and you have to do something that you’re not comfortable doing and that you’re not real sure of yourself in, there’s an exhilaration that comes along with that. I get off on it, so that’s why I enjoy doing it. 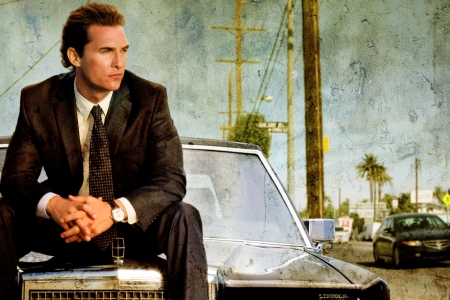 SheKnows: Did acting find you or did you find acting?

Trace Adkins: The first couple of roles I had were just invitations to just come be myself in a movie. This is the first time that I’ve auditioned for something and actually won the part. The first day on the set, The Lincoln Lawyer director, Brad Furman, came to me and said, “I want you to know that you’re here because of your audition. I had no idea who you were.” That kind of hurt — I thought I was a bigger deal than that [laughs]. He had no idea who I was.

SheKnows: Now that you’ve been bitten by the acting bug, is there a role you would want to play?

Trace Adkins: Yeah, a mute gunfighter. I think that would be the ultimate role. You wouldn’t have to learn any lines. You could just shoot people and maybe have a dog that follows you around. I’m working on it. I’m not anywhere close to being finished with the whole idea yet.

SheKnows: Will there be any new Trace Adkins music coming soon? 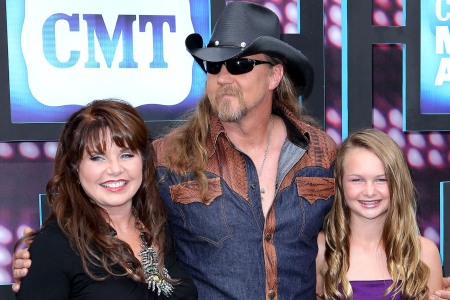 Trace Adkins: I’ve got a new single coming out next week, called Just Fishin’. It sounds like a country hick song, but it’s not. It’s about a father taking his little girl fishing and the point of the song is that she thinks we’re just fishing, but that’s not what it’s about. That will be followed by an album, probably in the fall.