Richard Hatch reported to prison Monday afternoon to start his nine month sentence. Will he get out for the Celebrity Apprentice finale in May?

Richard Hatch might know how to scheme on reality shows like Survivor and Celebrity Apprentice, but apparently he doesn’t know squat about avoiding the big house. 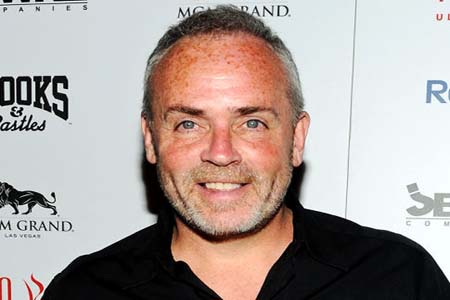 Hatch, 49, surrendered to Rhode Island officials to start serving a nine-month sentence for tax evasion. This isn’t the first time Hatch has been in jail for cheating the tax man: he spent three years in prison for not paying taxes on his $1 million prize for Survivor.

“He turned himself in on time at about 12:30 p.m. today,” U.S. Marshall’s Service spokesman David Remington told E! News.

Hatch took to his Facebook page on Saturday to talk about his fate.

“I have done EVERYTHING HUMANLY POSSIBLE WORKING TOWARD THE DETERMINATION REQUIRED TO AMEND THOSE RETURNS. IN THE MEANTIME, IT IS SIMPLY NOT POSSIBLE FOR ME NOR WILL MAY ACCOUNT PREPARE AMENDED RETURNS WITHOUT THE DETERMINATION FROM TAX COURT OF WHAT FIGURES ARE ACCURATE,” Hatch wrote in all caps.

This also means that the current Celebrity Apprentice contestant won’t make the show’s live finale on May 22. That doesn’t mean boss Donald Trump won’t try to break him out for the event.

Do you think Richard Hatch should be released for the Celebrity Apprentice finale?