Comic Gilbert Gottfried was fired as the voice of Aflac after a series of insensitive tweets about the earthquake and tsunami in Japan. 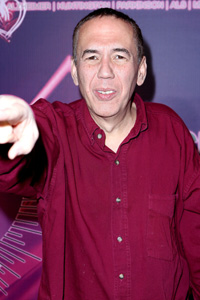 Aflac is searching for another person to be the voice of their duck after they fired Gilbert Gottfried. Gottfried had made a series of tweets about the earthquake and tsunami in Japan.

Gottfried has removed the tweets, however, TMZ has screenshots of the offensive jokes which include:

“Japan is really advanced. They don’t go to the beach. The beach comes to them.”

“I just split up with my girlfriend, but like the Japanese say, ‘They’ll be another one floating by any minute now.'”

Gottfried told 12 jokes in the last 24 hours poking fun of the tsunami, despite the fact that the death toll has reached nearly 3,000 in Japan.

On the heels of these Twitter jokes, Aflac released the following statement:

“Gilbert’s recent comments about the crisis in Japan were lacking in humor and certainly do not represent the thoughts and feelings of anyone at Aflac. Aflac will immediately set plans in motion to conduct a nationwide casting call to find a new voice of the iconic Aflac Duck.”

What do you think? Do you think Gottfried deserved to be fired from Aflac?