It’s the end of an era as Steve Carell has filmed his last episode of The Office and we have the air date for you. 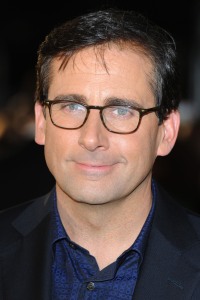 It’s hard to imagine The Office without Steve Carell, even though we’re getting the very funny Will Ferrell to cushion the blow for four episodes. The man who single-handedly brought back the line, “That’s what she said,” has filmed his final episode and it’s gotten a release date.

To mark his grand exit, the producers have decided on the first night of May sweeps. The episode will air Thursday, April 28. We still don’t have any details about exactly what happens to Michael Scott in the episode, but we’re pretty sure it will be epic. Greg Daniels, who wrote the pilot, penned this one so it’s sure to be great. So who gets the job after Scott leaves? We’ll find out in the hour-long season finale on May 19.

On the last day of filming, Rainn Wilson, who plays Dwight Schrute, tweeted, “The angels of comedy wept.”

We want to know what you think about the massive change in the show. Are you sad to see Carell go? Is this the end of the show for you? Are you excited to see who takes over the thankless job? Sound off below.