With Japan still quaking from the aftermath of its massive earthquake and tsunamis, Warner Bros has pulled the movie Hereafter from Japanese theaters. The Clint Eastwood and Steven Spielberg produced film, which opens with a terrifying tsunami scene, was deemed “not appropriate” at this time. The Japanese releases of Anthony Hopkins’ The Rite and Chinese drama Aftershock have also been postponed.

The plot of the Matt Damon-starring Hereafter circles the globe and even steps into life after death, but the action starts in Thailand, with the dual perspectives of a couple caught in two different spots when the 2004 Indian Ocean tsunami hit. With thousands dead, missing and danger still looming in Japan, Warner Entertainment Japan Inc. official Satoru Otani said Monday, March 14, 2011, that the opening tsunami scene was “not appropriate” now. 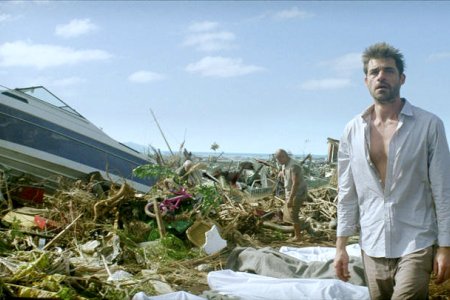 Hereafter, which hit theaters in the U.S. in October 2010, didn’t open in Japan until late February. Showing in about 180 theaters, the film has been holding its own in the top ten and, according to AP, was expected to run until later this month.

Anthony Hopkins’ horror flick The Rite is also being held back. It was supposed to hit Japanese theaters March 19, but, “We have decided that the content of film is not appropriate given Japan’s current situation,” Warner explained in a statement, adding that potential gasoline shortages could have caused delivery issues.

Otani also revealed a delay in the release of the Chinese melodrama Aftershock, which takes on the aftermath of the 1976 Tangshan earthquake and was scheduled to hit theaters March 26. “In view of the devastation caused by the earthquake and out of consideration for the victims and their families, we are delaying the release of Aftershock,” he said.

Pretty Cure All Stars DX3 will still hit theaters March 19, as planned, but a tsunami scene has been cut from the film, which is based on a popular TV cartoon geared at girls.