Mel Gibson was in a Malibu court today to answer charges that he beat his ex-girlfriend, Oksana Grigorieva. Is he going to jail?

It looks like Mel Gibson avoided some time in the big house today by pleading no contest to misdameanor battery in the domestic violence case against his ex-girlfriend, Oksana Grigorieva. 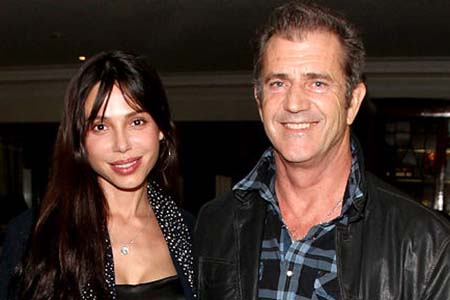 “The District Attorney’s office in this case has agreed that resolving this matter does not require that Mr. Gibson say he’s guilty but may maintain his innocence…and does so now,” defense lawyer Blair Birk told the judge.

“He’s entering this plea because it’s in the best interest of his children.”

Gibson now has two years’ probation and 16 hours of community service. He also has one year of mandatory counseling and must pay fines regarding the case.

But, don’t think he’s taking this all too seriously — Gibson reportedly rolled his eyes during the court hearing.

“We [offered the deal] in order to lessen the trauma and impact of any other proceedings on the victim,” Deputy District Attorney Simone Shay told the judge.

A trial would have been traumatic to Grigorieva’s teenage son — he reportedly witnessed a January 2010 fight between his mother and Gibson.

“There would have been a minor required to testify in the case, and it’s always traumatic for a minor to have to go through a court testimony,” Deputy District Attorney John Lynch said after court.

“We got pretty much what we wanted and more importantly, we got what the victim wanted. She said on many occasions that she really didn’t want to see him go to jail. What she really wanted him to do was get into counseling.”

We’re glad all of this is over — but we doubt Gibson will take help seriously, especially given his demeanor in court.

Was justice served to Mel Gibson or should he have gone to jail?

3 hrs ago
by Federica Bocco