In a world of spoilers and leaks on the Internet, director J.J. Abrams and executive producer Steven Spielberg have managed the impossible. They’ve kept the details of their upcoming film Super 8 largely a secret. Well, the full-length trailer has finally hit the web and it looks incredible. The clip withholds more than it reveals and that is a good thing. 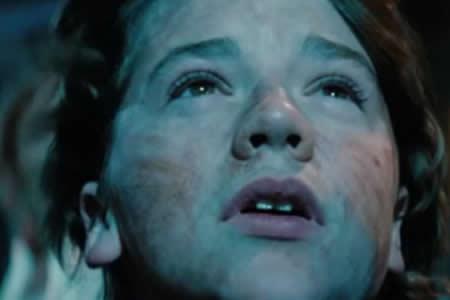 What was revealed is sort of a more-terrifying version of E.T. The kids are the ones who know the most about the situation. We see the beginnings of young love and the innocence of 1979, when the film is set. The kids (including Joel Courtney and Elle Fanning) accidentally film a horrific train crash, right at the moment all hell breaks loose. Tanks are running through town because of unnamed cargo that was on the train. Dogs and people are missing. People are bloodied. And we still have no idea what’s going on.

There was a viral campaign for the film a while back that involved a popsicle company and something called Rocket Poppeteers. Still not sure how that all ties in, but I can’t wait to find out. The trailer looks incredible. What do you guys think? Give us your opinion below. Super 8 premieres June 10, 2011.