Jimmy Kimmel’s South Pacific vacation went from relaxing to scary in just a matter of moments. Kimmel started tweeting after the Japanese earthquake led to tsunami warnings on the French Polynesia island he’s on. 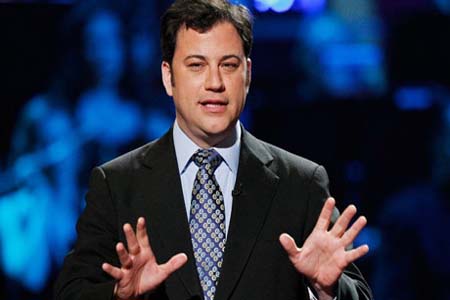 “Suddenly, relaxing on an island in the South Pacific isn’t so relaxing anymore. Good thing I brought my aqua stilts,” Kimmel tweeted.

Some fans thought he was making light of the situation.

“I wish I was joking RT @raphiellej There’s a time and place for everything; this ain’t it for that kind of “humor,” he replied to one tweeter.

“I am on an island in French Polynesia, glued to CNN …and I’ll accept the apologies from everyone who called me an a****** and said “f*** you” in advance,” he wrote a few minutes later.

The funnyman was understandably concerned: The French Polynesian islands – including Bora Bora and Tahiti – were under a tsunami warning after the 8.9 quake hit in Japan.

“We are evacuating the island. Dogspeed,” Kimmel said in last tweet, posted little after 9:30 am EST.

Here’s hoping he gets home safe – and that everyone affected by the earthquake and tsunami warnings are taking evacuation notices seriously.