When we first met Mia Wasikowska to talk about Alice in Wonderland, news had broke that the actress was cast to play the title role in Jane Eyre. Before any discussion of anything Alice, there were many congratulations on Wasikowska’s Jane Eyre casting coup. Her excitement for the part was palpable.

Now, SheKnows sits across from Mia Wasikowska for another video interview, this time for the release of Jane Eyre, out in theaters March 11. She is still a picture of pride, but there is also a layer of accomplishment. And she should be all of the above as Wasikowska shines as the title character from the iconic Charlotte Bronte novel. 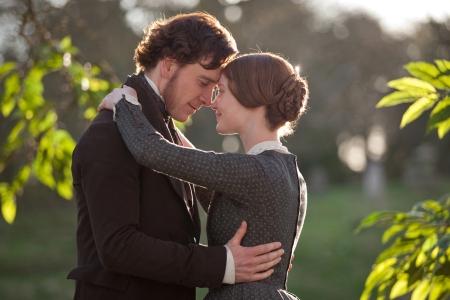 Jane Eyre is equally about the limits forced on women by societal mores in another century as it is a sweeping romance that proves that love does not come easy, regardless of the era.

Wasikowska, after stellar performances in The Kids Are All Right and Alice in Wonderland, would make Bronte proud. She has accomplished so much in her telling of the Jane Eyre story. Mia chats up her Jane Eyre experience including the chance to star opposite Oscar winner Judi Dench and Michael Fassbender — who stars as Edward Rochester. Fassbender is beyond scorching right now with his casting in X-Men: First Class as Magneto and his searing turn in Jane Eyre.