Target says Lady Gaga is full of it after she claimed she ended their exclusive deal over concerns about the company’s LGBT policies. 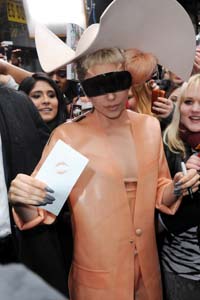 As SheKnows reported earlier this week, Lady Gaga pulled out of an agreement with Target to offer an exclusive edition of her new album Born This Way allegedly over concerns that their new LGBT initiatives weren’t enough to make up for their anti-gay campaign contributions in the past.

While reps for Lady Gaga called the decision “mutual,” Target begs to differ: They say they had no idea the deal was off and her reasons are bunk.

“We were very surprised and disappointed by the statements made by Lady Gaga‘s organization related to her partnership with Target,” the company said in a statement. “Target remains committed to the LGBT community as demonstrated by our contributions to various LGBT organizations, our recently established Policy Committee to review our political giving and our respectful, inclusive workplace environment.”

Even before the campaign contribution scandal — or the Lady Gaga Target deal — went down, Target had already earmarked almost a half million dollars to spend on various LGBT causes.

So what really happened? It could simply be that regardless of what changes Target promised, Lady Gaga may have simply been getting too much negative feedback from her LGBT fans.