Actors Mary Stuart Masterson and Jeremy Davidson are expecting twins, but is he staying on Army Wives Read on.

Actors Mary Stuart Masterson and Jeremy Davidson just announced exciting news – they’re expecting twins! Masterson, 44, and the Army Wives actor confirmed to E! Online that the twins are due in the summer. 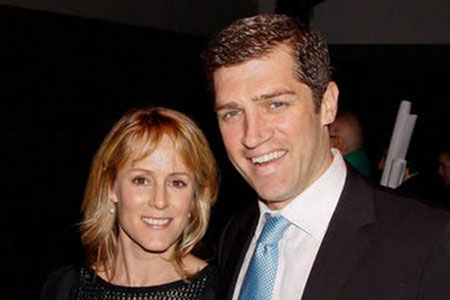 “We are four months along. So balancing career and family is becoming increasingly challenging for me. And in five months we are going to have three kids under the age of 2. We are in happy shock about it.”

Davidson also addressed rumors about his status on Army Wives – season 5 of the hit Lifetime show just premiered on Sunday.

“I think the worst is all the pride that Chase has in being man of the house, even though Pamela has to deal with the kids and run the family while Chase is away,” Davidson said of his character’s state of mind.

“Just his pride from being an elite guy within the army, and being driven to be the best. Delta is full of guys who are remarkably independent within the army structure and who are able to make their own decisions on the battlefield, and after being in that environment for so long, to come home and be a part of a family unit is not an easy thing.”

Will he be a vital part of the show’s future?

“I would definitely say there is something very significant that happens with Chase in the course of the season. I guess…how long Chase is around. That’s probably all I can really say.”