Fourteen years after hip hop heavyweight Notorious B.I.G. was murdered, his death remains a mystery. On this March 9 anniversary, he’s clearly still pumping through the hearts of fans and friends. Christopher Wallace, his real name, and #BiggieDay are trending on Twitter. And if you listen closely, you’re sure to hear tracks like Big Poppa, Hypnotize and Mo Money Mo Problems blaring out of the windows of passing cars.

Notorious B.I.G., aka Christopher Wallace, Biggie Smalls, Big Poppa and to many, the greatest rapper of all time, was murdered March 9, 1997. Fourteen years later, the legend is still remembered and still shaping and contributing to music. 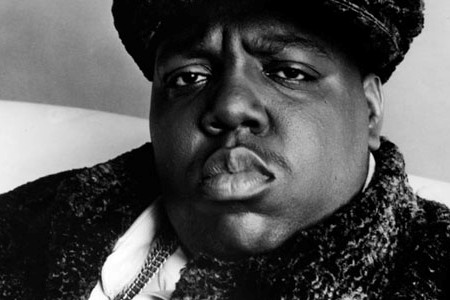 “To be honest March 9 for us is a day of celebration. It ain’t really like a day of mourning,” Sean “Diddy” Combs said on Power 105.1. “It goes off in New York City… It’s really great when you wake up on March 9 and you just hear all his records and how up to date they sound.”

Biggie’s 1997 shooting is assumed to have been part of the infamous East Coast/West Coast hip hop feud between his New York label Bad Boy Entertainment and Marion “Suge” Knight’s Death Row Records in Los Angeles. It seemed a clear case of retaliation when, six months after Death Row rapper/poet Tupac Shakur was murdered in Las Vegas, a man in a Chevy Impala shot Biggie four times through the chest as he was leaving a Los Angeles industry event.

“It was a sad day for everyone,” Shaquille O’Neal, who was supposed to be at the party with B.I.G., wrote in his autobiography Shaq Talks Back. “If I would have been standing by his truck, would the killer still have shot? I’ve always asked that question.”

Biggie’s second solo album Life after Death was released two weeks after his death, and went on to sell over 10 million copies, hitting number one on the Billboard charts.

This all went down 14 years ago and in spite of wild speculation involving Knight and his crew, the case remains unsolved. Local and federal law enforcement officials reopened the investigation in January 2011, however, and new “leads” seem to involve LAPD corruption and Death Row Records, according to a CNN story.

With his words and beats sampled by the likes of Jay-Z, 50 Cent, Alicia Keys, Nelly, Ja Rule, Eminem, Lil Wayne, the Game, Michael Jackson and Usher, Biggie Smalls continues to put his stamp on hip hop and rap music. Today, on the fourteenth anniversary of his death, fans and friends are speaking out via Twitter, including Biggie’s best pal Diddy.

Diddy had been a major behind-the-scenes player and actually signed Biggie to Bad Boy Entertainment, but he didn’t shoot to recognition until he released the song I’ll Be Missing You with Faith Evans and 112 to honor his fallen friend.

Today, he honors Biggie by covering his Twitter page with images of the legend and posting a link to his YouTube video Meet Biggie Jr and Diddy Jr: The Saga Continues, which features each of their sons. “Today is #BIGGIEDAY — send me all your videos, links, photos, exclusive content. ALL things Biggie so I can RT to the world!!” Diddy tweeted.

RIP tweets have also come from Busta Rhymes, Nicki Minaj, Game, Raekwon and Jadakiss, to name a few. Even Charlie Sheen got in on the Twitter love, while Biggie’s ex gal and mentee Li’l Kim is one of the many who have spoken of Biggie in recent interviews.

SheKnows sends out our own RIP shout-out to Notorious B.I.G.