Mel Gibson has agreed to a plea deal that will allow him to escape jail time in exchange for a simple battery conviction. 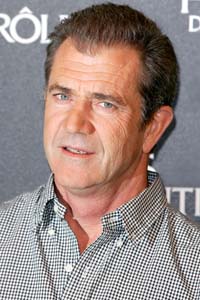 Mel Gibson won’t go to jail for beating up his baby mama after accepting a plea deal, confirmed his legal team.

Oksana Grigorieva accused Gibson of beating her up, knocking out her dental work and threatening her life — all while holding their baby daughter Lucia. Grigorieva was using tapes of Mel’s rants, including him talking about the incident, as ammo to get more cash out of him in their separation agreement.

Sources in the LA district attorney’s office say Mel will plead no contest to simple battery and will have to undergo counseling but will not spend any time in jail.

While Gibson has steadfastly stated that the only time he laid hands on Oksana was a slap to get her to calm down because he was afraid for the safety of their baby, his lawyer said he is taking the plea to protect his kids.

“I know from almost 20 years as a criminal defense lawyer that sometimes justice can come for a client at too high a personal price,” attorney Blair Berk told TMZ. “That is particularly so for Mel, whose right to due process can only be exercised in this case with an enormous media circus attached.”

“Mel’s priority throughout all of this has been that the best interests of his young daughter Lucia and the rest of his children be put first in any decisions made. It is with only that in mind that he asked me to approach the district attorney with a proposal that would bring all of this to an immediate end.”

Gibson is due in court on Friday.