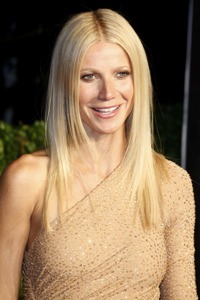 We knew it was only a matter of time before songbird Gwyneth Paltrow had a record deal of her own — and now it’s official! Paltrow has reportedly inked a record deal with Atlantic Records that is worth an estimated $900,000! So that’s how much it costs to sign an Oscar winner.

Gwyneth Paltrow’s amazing pipes have caused quite a stir recently, thanks in part to her performance in Country Strong and her guest-starring role on Glee. Her unforgettable version of Cee Lo Green’s Forget You on Glee really sealed the deal for fans who were still on the fence.

Paltrow’s first album will be an eclectic mix of country-pop. A few artists she would reportedly like to jam with are Jay-Z and husband Chris Martin, who leads the band Coldplay.

Paltrow will be joining some fantastic artists at Atlantic Records as it’s the home of musicians Kid Rock and Sean Paul.

What do you think of Gwyneth Paltrow the recording artist? She’s blown us away in the movies and Glee, but is she up for the task of cranking out a hit album? Tell us, we want to know.