Charlie Sheen released another on-air rant, his first recorded since he was officially fired from Two and a Half Men. 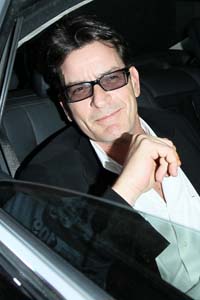 The latest rant of Charlie Sheen was his first real reaction since being officially canned from Two and a Half Men (the one released yesterday was pre-recorded), and it ain’t pretty.

Sheen began his tirade quoting from The Art of War: Great Commanders of the Ancient and Medieval World, 1500 BC-AD 1600 then just totally went off on the show execs who canned him — and the war is on.

“Good evening. What occurred yesterday was completely and entirely illegal,” he started out. “Unconscionable. And to quote my lawyer really (expletive), (expletive), suck, suck.

“The decision to choose the enemy is generally thought of as quote ‘a chaotic and random event fueled by the circumstance of injustice but paralleled by the finite rate of purpose’ end quote.

“Now that I have your lazy (expletive) attention world, sit back and rejoice. For the Malibu Messiah, the Condor of Calabasas, the (expletive) warlock of the jealous face that is before you.

“I beg you all to stay glued for this raving wise, Gibson shredding napalm poet before you. Alone and unshackled as the desperate cries of the soon forgotten echo freely in my lair.

“Beware I told all, yet but beware clearly I told no one. Oh how they once begged to attend my perfect banquet in the nude, now they just beg for the keys to my gold.”

Sheen then listed the unfortunate peeps on his hit list, including CBS CEO Les Moonves, Warner Bros. heads Peter Roth and Bruce Rosenblum, Two and a Half Men creator Chuck Lorre and the actors rumored to be taking his place on the show.

“Here is my unwanted guest list, their names slightly altered…

“Number 1 — Less than Goonves. Part scoundrel, part my hair to the side. Screw Less I proclaimed, or better yet, screw more.

“You gave me your word so in turn you gave me nothing. It must really suck being your Mrs.

“The promise of getting something yet receiving nothing. In-vitro aside, all shiny pool boys rejoice and line block around your house. Sizzle, losing, bye.

“Number 2 — Peter Roth, who I will not call sloth. I’ll spare you this revelatory of pure expose as your heart was always rooted in fairness and heart bound and good tidings.

“Trust not your evil overlords. They will discard you and abandon your precious family, liars and fools all of them.

“Sheen’s Korner could use the bright and sterling presence you had from day one. You have my digits, use them, show your courage Peter, come dance in my gold.” (Roth obviously is winning.)

“Number 3 — Bruce, Bruce daisy and wilt. Shame on you, you much shorter than average fool. And shame on your invalid attempts to shell game this grand magician.

“My crew now knows the truth. Yes, that is all of their fists pounding on your paper thin chamber door. They now lead with solid proof of your sordid hypocrisy and yellow-spined tactics.

“Wait is that an angry mob raiding your muck hole? It is over, tiny man. Grab ankles and accept your fate.

“Wow it must really suck being you right now. The pulp of fiction suits you well. Since childhood, short, weak, thick glasses, never seen by a goddess, only owned by a bully like a bitch. Sizzle, losing, bye.

“Number 4– Hi ya Chuck-E-Cheese ball. Where ya hiding, silly clown? Behind your narcissism, your greed, your hatred of yourself or women?

“Which personality are you cowering beneath for transparent cover? I see you, you little worm. I see you behind your plastic smile, your bitchy pout and your desperate need to be liked.

“Forget love, that ship sailed when you were born. To use one of your stupid and unfunny jokes. Good luck with those tin cans (expletive) brain. And the mush mouth of some pathetic carcass you so arrogantly attempted to trade out for this warlock.

“Think of me often, loser, during your most quiet moments. All alone in the world, staring into the mirror, your least favorite activity. Think of me as you pray to the silly god of AA.

“While begging refuge from the contaminated image of hatred and dismay that so painfully glares back.

“Can you smell your soul? Can you smell the rotting dog (expletive)? The fermented puke that is your viscera?

“Can you smell your mother’s tears from some distant memory as she scattered her pathetic creation asking all around her why this feeble abortion survived? 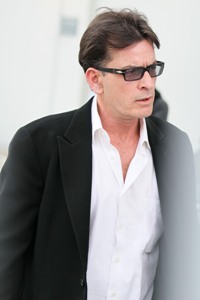 “Can you smell it, Chuck? It smells like malaria in case you were wondering.

“If sad and stupid had a smell it would be you (expletive) borre.

“You gotta hate that your stage name rhymes with suck? Personally, I find it perfect. Suck and muck.

“You picked a fight with a warlock, you little worm, remember this after that first drink back. The drink you know you want. The drink you can’t avoid any longer.

“You are no match for this warlock. My power will consume you every losing day, ugly whore. Let’s do a scene maggot, I speak first, duh.

“Me: Are you an assailant?

“Me: You’re neither. You’re an ugly clown sent by corporate fools to collect your fill.

“Chew heartily, loser. Shortly from now you’ll have nothing left. Nothing. How does last night’s 2.8 in the demo feel? Ouch!

“How about last night’s 2.6 to follow? Should have gone up, instead it went down. Like you on some four dollar trollop. Sizzle, losing, bye.

“You’re all nothing shy of traitors. Rational egos will be your downfall. Mark this warlock’s words. Defeat is not an option.

“Moving along now to our next item at hand. There has been global speak regarding my tiger blood and yes, it’s real. It’s as real as me.

“To avoid any speculation, I will now allow my precious tiger blood to be extracted. There you go, those that deserve it now posses it.

“Use it wisely, I trust that you will. As I stated earlier, a high treason has occurred. The scales of justice are in a state of radical disarray.

“Together we must right this infantile wrong.”

Sheen ended the broadcast implying this would be his last.

“One final note — Sheen’s Korner is now for sale as a sports bar. You know where to find me so I bid you adieu.

If you translate from Sheen’s language into English, it comes down to this: He’s pissed that he was fired and blames everyone but himself.