Lady Gaga and Target have ended their exclusive agreement to release a special edition of her new album. 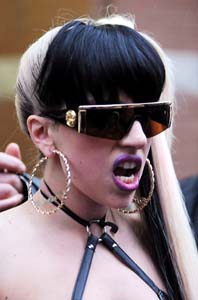 Lady Gaga was set to release a special edition of her new album Born This Way exclusively through Target stores, but the deal has gone south — reportedly because Target refuses to back down on their controversial political stances.

Target came under fire in 2010 when multiple corporate political contributions were made in support of an anti-gay Minnesota gubernatorial candidate. Lady Gaga is a vocal supporter of the gay movement and this wasn’t gonna fly — but for a minute it seemed like they had it all worked out.

“That discussion was one of the most intense conversations I’ve ever had in a business meeting,” Gaga told Billboard last month. “Part of my deal with Target is that they have to start affiliating themselves with LGBT charity groups and begin to reform and make amends for the mistakes they’ve made in the past. Our relationship is hinged upon their reform in the company to support the gay community and to redeem the mistakes they’ve made supporting those groups.”

That all went out the window, according to The Advocate, because Target refuses to promise they won’t contribute to anti-gay groups or politicians.

“Lady Gaga and Target came to a mutual decision to end their overall exclusive partnership a few weeks ago,” a rep for the singer said.

Which begs the question: People still buy CDs? Like, at stores and stuff?