Charlie Sheen may have been fired from Two and a Half Men, but his buzz value is hotter than ever. As of March 9, Charlie Sheen leads the pack as the most discussed person on the Internet and social media sites. 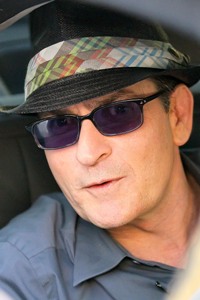 Charlie Sheen is all the rage on the Internet — no, seriously. Since the start of 2011, the former Two and a Half Men actor has dominated all Internet and social media talk. Sheen has even managed to steal the social media spotlight from such favorites as Lady Gaga and Barack Obama.

Of course we could figure this information out just by watching his growing Twitter account, but a survey by the Global Language Monitor confirmed the news.

The order of the most talked about topics came in with Sheen leading the pack, followed by Apple’s iPad, Lady Gaga, Barack Obama and Sarah Palin. This doesn’t reflect the more “traditional” forms of news media, but in this day and age, who doesn’t want to be the king of the Internet and social media?