Alice in Chains’ former bassist Mike Starr has died at the age of 44. 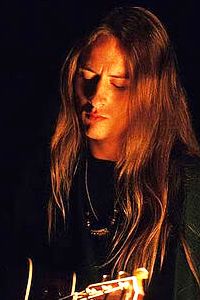 Mike Starr, the former bassist for the popular rock group Alice in Chains, has died. The 44-year-old rocker reportedly died in Utah on March 8.

According to reports from the police, Mike Starr was found dead after they were called to a home in Salt Lake City, Utah on Monday afternoon. At this time, the official cause of death is still unclear.

The Hawaii-born bassist was recently arrested for felony possession of a controlled substance when he was found in possession of both Xanax and painkillers. Back in 2009, Starr was a participant on the show Celebrity Rehab with Dr. Drew Pinsky, where he was being treated for a heroin addiction. Mike Starr’s progression from rehab to the real world was also detailed as part of VH1’s second season of Sober House.

After hearing of the death of Mike Starr, Dr. Drew Pinsky tweeted, “Devastating to hear of Mike Starr succumbing to his illness.” He added in regards to Starr’s loved ones, “Our prayers are with his family.”

Our thoughts and prayers go out to Mike Starr’s family and friends at this very difficult time. Stay connected to SheKnows for more on Mike Starr’s tragic death.