Charlie Sheen was officially fired from his hit show Two and a Half Men, thanks to his manic antics and failure to get help. Now, everyone’s talking about what will happen to the show. Will Two and a Half Men be canceled, continue with the same cast or add a big name like John Stamos or Rob Lowe? 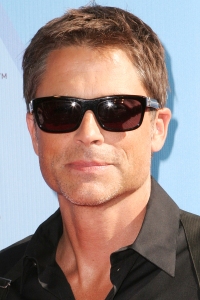 The powers that be at Two and a Half Men finally lost their patience with Charlie Sheen and his plummet to rock bottom on Monday, March 7. “After careful consideration, Warner Bros. Television has terminated Charlie Sheen’s services on Two and a Half Men effective immediately,” read the official statement. There was also a long letter to Sheen and his lawyers, explaining the firing.

Sheen, of course, parried with some wild comments about his relief and his distaste for his character’s “silly shirts.” There’s also been talk of Sheen demanding payment for the eight canceled episodes and the powers that be at Two and a Half Men threatening to sue Sheen for their losses.

Meanwhile, word is Two and a Half Men creator and sitcom heavyweight Chuck Lorre wants to keep the show going. CBS and Warner Bros. have the same idea, since Men is the number two sitcom on TV, having been knocked from the number one spot by Modern Family.

Clearly Two and a Half Men would keep the current cast, including Jon Cryer, Angus T. Jones, Conchata Ferrell, Holland Taylor and Marin Hinkle, but that leaves one big question on the table: Will Two and a Half Men bring someone new to the formula or try to keep things going with the same set of faces, minus Sheen?

Last week, there were tittering murmurs about Glee guest star John Stamos signing on to Two and a Half Men. Stamos nipped the chatter in the bud Friday, tweeting, “Contrary to the rumors, i am not replacing Charlie sheen on two and half men. However, martin sheen has asked me to be his son.” 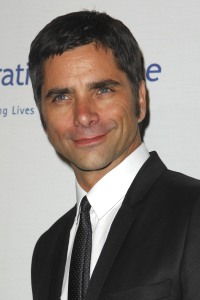 After the weekend, however, E! News reported that Stamos was chatted up at a charity bar Saturday by none other than CBS head Les Moonves, who apparently suggested Stamos join as a new character, which would mean Stamos would not be “replacing” Sheen. This time, no one from Stamos’ camp is talking.

Sheen, meanwhile, remains hooked on his newest drug — talking to the media. He told TMZ the idea to replace him with Stamos is a “tragic joke. If they do that then they deserve their failures and the follies.”

“I love him. I like John, but he doesn’t have what I have and the show sucks if he’s on it,” Sheen told Billy Bush. “Sorry, just speaking the truth.”

John Stamos hasn’t been the only name bandied about, of late. Two and a Half Men “people” have approached the agent for Rob Lowe, according to TMZ. Lowe seems to have completed his stint on Parks and Recreation, but there is room for a return. That other show, as well as Lowe’s relationship with the Sheen clan, may halt talks before they get anywhere.

The Defenders’ Jerry O’Connell also got into the action, but it was a spoof. He had a new “Auditions for Two & A Half Men” Funny or Die video. Check it out below!

At this point, however, the future of Two and a Half Men is all speculation. Warner Bros. spokesman Paul McGuire says, “No decisions have been made yet.”

In the world of TV, there is one additional outcome. If Sheen gets his act together, they might just take him back. Though it’s looking more unlikely by the day in this case, it’s not uncommon for Hollywood negotiations to come to a decisive end… only to have the star come back to the fold after tons of news, pomp and legal chatter. Usually, it’s about a money dispute, but SheKnows wonders: If Sheen gets the help he needs, would the show take him back?

Only time will tell, so stay tuned for the next chapter in the Two and a Half Men-Charlie Sheen saga.