Katy Perry put her own spin on Lady Gaga’s single Born This Way during a concert in Paris. 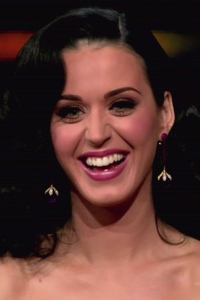 Lady Gaga must be flattered by all the covers of Born This Way that have been popping up recently. First it was 10-year-old YouTube sensation Maria Aragon and now it’s superstar Katy Perry.

Perry gave fans in Paris a treat when she busted out an acoustic version of Lady Gaga’s single Born This Way. Katy Perry needed nothing more than two acoustic guitar players and her Perry-esque voice to honor Lady Gaga. Perry tweaked her version a bit and scaled it down a notch, but the cover was indeed spectacular.

Perry’s tribute to Lady Gaga’s Born This Way was an interesting choice as fans may remember Perry took issue with Gaga’s video for Alejandro last June. Perry wasn’t all that comfortable with Lady Gaga’s choice to dress as a nun for the video. She even tweeted, “Blasphemy as entertainment is as cheap as a comedian telling a fart joke.”

This just goes to show you that sometimes despite personal views, respect can always win out at the end of the day.