Are your Facebook friends not entertaining enough? Farmville and Mafia Wars not keeping you distracted enough from work? Well, now you can rent movies on the social network. 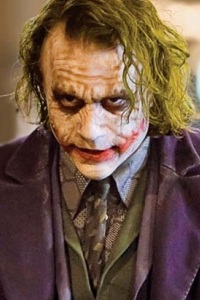 As if there weren’t enough distractions on your computer, now you can rent films through Facebook. Starting right away, film fans can visit the Facebook site for each film and click the “rent” button.

Yes, Batman is the first offering from the partnership between Facebook and Warner Bros. Other titles will follow soon.

Thomas Gewecke, President of Warner Bros. Digital Distribution said, “Facebook has become a daily destination for hundreds of millions of people. Making our films available through Facebook is a natural extension of our digital distribution efforts. It gives consumers a simple, convenient way to access and enjoy our films through the world’s largest social network.”

Each film will cost 30 Facebook credits or $3. You’ll have full control over the film for 48 hours after the purchase. Additional titles will be available soon. How do you guys feel about this? I mean, plenty of you watched the app editions of Inception and The Dark Knight on your iPhones and iPads.

I don’t know…I bought a big TV for a reason. Sound off on this, guys. How do you feel about watching movies on Facebook?