Emma Watson is putting her college education on hold while she promotes the final installment of the Harry Potter series. 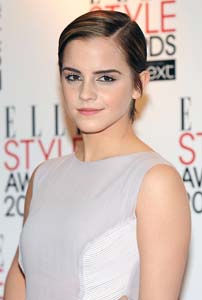 Emma Watson is taking a leave of absence from Brown University in order to focus on her Harry Potter responsibilities and other acting work.

“As you know, I love Brown and I love studying pretty much more than anything but recently I’ve had so much to juggle that being a student and fulfilling my other commitments has become a little impossible,” she wrote in an official statement on her website.

“I’ve decided to take a bit of time off to completely finish my work on Harry Potter (the last one comes out this summer) and to focus on my other professional and acting projects,” said the 20-year-old actress. “I will still be working towards my degree… it’s just going to take me a semester or two longer than I thought.”

The final installment in the wizard series, Harry Potter and the Deathly Hallows: Part 2, is set for release on July 15, 2011.