Finally, director Michael Bay admits he knows what the rest of us did long ago. Transformers: Revenge of the Fallen sucked. 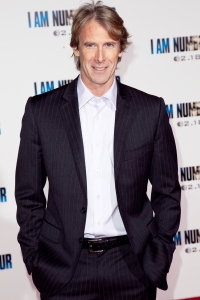 I’m usually a really quiet movie-goer. I certainly never yell things out in a theater. But during Transformers: Revenge of the Fallen, I might have asked out loud what the hell was happening on the screen.

Transformers 2 was beyond terrible from the controversial robots to the Cylon-style skin job that disappeared after the first act to the magic lip gloss that never seemed to move on Megan Fox’s lips, even during a gun battle in the desert. It only hit 20 percent on the Rotten Tomatoes Tomatometer. (Though admittedly, audiences gave it a 76 percent approval rating.)

Well, now director Michael Bay is admitting that the film was less than stellar. He told Empire magazine that Transformers: Revenge of the Fallen “was crap.” Wow. Now, apparently he speaks pretty extensively about it in the magazine, but their website gave us a few snippets.

Bay said, “We made some mistakes. The real fault with (Transformers 2) is that it ran into a mystical world. When I look back at it, that was crap. The writers’ strike was coming hard and fast. It was just terrible to do a movie where you’ve got to have a story in three weeks.”

To be fair, the writers’ strike did mess with a lot of scripts, and writers Roberto Orci and Alex Kurtzman are known for far better fare. “I was prepping a movie for months where I only had 14 pages of some idea of what the movie was,” Bay said. “It’s a BS way to make a movie, do you know what I’m saying?”

Transformers: Dark of the Moon will be released in theaters on July 1, 2011.