Charlie Sheen took over the Internet with Sheen’s Korner on Saturday night. So, was it a hit or did fans tune out? Read on to find out. 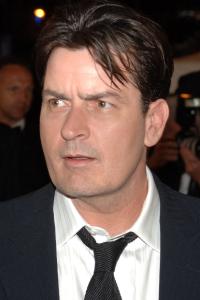 Charlie Sheen isn’t sitting around waiting for Two and a Half Men, he’s keeping the public momentum going. Sheen took to the Internet with a show called Sheen’s Korner, but did it garner winning results?

Sheen’s Korner debuted on the popular streaming site Ustream Saturday night and it was everything you’d expect to see from Charlie Sheen.

Sheen opened his quirky “impromptu” show with a warm welcome to all his fans. “From my big beautiful warlock brain, welcome to Sheen’s Korner.” He added, “You’re either in my corner, or you’re with the trolls.”

He even debuted a new tattoo on his wrist that spelled out “winning.”

Sheen’s Korner was filmed at the actor’s Sherman Oaks home and lasted close to an hour.

Charlie Sheen, dressed in a shirt displaying a dollar sign (for obvious reasons), even said “hello” to his kids during the broadcast. “Big shout out to my children — to Sandra, Sam, Lola, Bob and Max. Daddy loves you, and if you’re watching, tell Mommy to leave the room — it’s on,” he said.

Before ending the evening, Sheen blew his nose like a kid and said, “The mind of a 10,000-year-old man and the boogers of a 7-year-old.” He thanked viewers for joining him on his “maiden madcap experiment.”

Did you catch Sheen’s Korner? If you did, what did you think? Was it a “winning” show? Here’s a peek at part one!