The rumors can be put to rest — sort of. Kristen Stewart was recently confirmed to be playing Snow White in the movie Snow White and the Huntsman via producer Palak Patel’s Twitter page, but the tweets have gone missing. 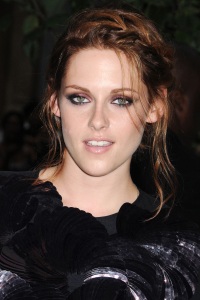 Kristen Stewart has had a hard time adjusting to the spotlight Twilight has shined on her, so will she fare so well as one of history’s most famous fairy tale ladies, Snow White? She better get ready because it is confirmed via Twitter that Kristen Stewart is playing Snow White in Snow White and the Huntsman.

News of Kristen Stewart taking on the role of Snow White in Snow White and the Huntsman has been floating around for a bit now, and it looked like things were a done deal according to producer Palak Patel’s Twitter page.

“KStew is officially playing Snow White and her deal is in final negotiations and will close next week,” Palak Patel tweeted.

He added a bit later, “Official confirmation coming next week.”

A short time after the tweets filled the blogosphere, they mysteriously disappeared however. This left some wondering if it was just an early jump by mistake or if the confirmation was official. Eager fans were able to secure screen grabs if there was any doubt the tweets happened. Either way, the news of a closing deal is exciting news for Kristen Stewart fans.

The retelling of the popular fairy tale will reportedly veer from the original by making Snow White somewhat of a warrior in training. Viggo Mortensen and Charlize Theron are also in talks to take on the roles of the huntsman and the evil queen.

Snow White and the Huntsman is slated to hit theaters on December 21, 2012.