Maya Rudolph is dressed impeccably on the set of Bridesmaids as we visit the actress to chat up her latest role. Rudolph is filming a scene with co-stars Kristen Wiig and Rose Byrne during an engagement party and by the looks of her fashion, this is one elegant engagement party.

Bridesmaids hits theaters in May, but SheKnows has your first look at the comedy from a script by Kristen Wiig and her writing partner Annie Mumolo, and produced by funnyman extraordinaire, Judd Apatow (40 Year Old Virgin, Knocked Up). 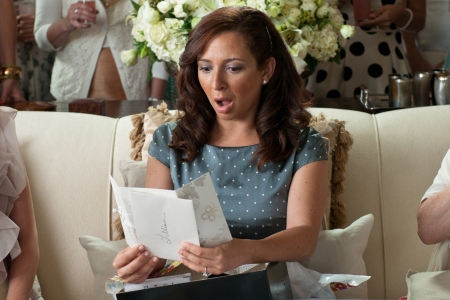 Our Bridesmaids set visit chat with Rudolph is insightful in the picture she paints of what it is like to come up a female comic in a world that was once ruled solely by men. Bridesmaids, above all else, is a triumph in its casting of a who’s-who of funny women that add up to what could potentially be one of the funniest movies of the year.

Besides Wiig and Rudolph, Bridesmaids also stars Mike and Molly’s Melissa McCarthy, Reno 911 veteran Wendi McLendon-Covey, The Office star Ellie Kemper and Get Him to the Greek scene-stealer Rose Byrne and is directed by comedy king Paul Feig.

SheKnows: With the cast of Bridesmaids being an all-star team of female comics, what was filming like, was it difficult to get through a take without laughing?

Maya Rudolph: It’s bringing some pretty damn funny comedy [laughs]. I’ve got to be honest. I think it’s really funny. This movie feels like a mixture of real things and crazy things which to me feels normal. My sense of humor is a little bit stupid and weird. Talk to anybody, especially a girl, and when they get with their friends, that’s what they do. It really helps that a lot of us know each other already, we’ve known each other for years. People know Kristen’s voice now because of SNL. I think her voice is so incredibly specific. I personally think a lot of ladies that have been through this bizarre rigmarole of being a bridesmaid are going to be refreshed because it’s not the usual scene on screen. It’s funny, it’s realistic but it’s totally bananas. 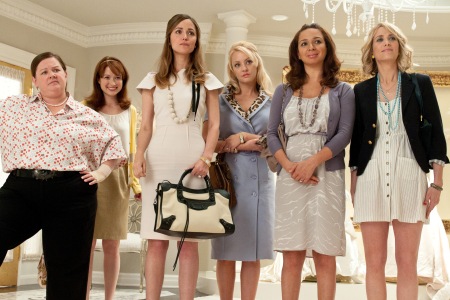 SheKnows: Many of you are trained at the Groundlings. Do you feel that that education has put you all on the path to make this movie?

Maya Rudolph: You won’t find me saying that very often but it really is allowing us to use exactly what we know how to do best. It’s awesome. It’s dreamy and awesome. This is a time in my life when we are brought together with people who have the same feeling about who they are as a performer. It’s really rare to be able to improvise in a movie. And we get to do that a lot [laughs].

SheKnows: After graduating from the world of Saturday Night Live, do you think it’s safe to say that it’s a terribly competitive environment?

Maya Rudolph: That’s what people that don’t work there believe it is. But [laughs], it really is!

SheKnows: How did writing on SNL influence your comic performances?

Maya Rudolph: When I got the job at SNL, I didn’t realize that I’d be writing every week. You learn very quickly that in order to get your pieces on, you need to write for yourself. That’s the best thing that ever happened to me. We were writing our own pieces, casting our friends in the other parts or writing them with other cast members and then performing them in front of an audience. That was the first time I ever did anything like that. I think the perception is slightly different in that I know that the show has gone through different incarnations of being competitive. I’m sure it has been at different times. But the time when I was there, I found everybody just worked hard to make it work. 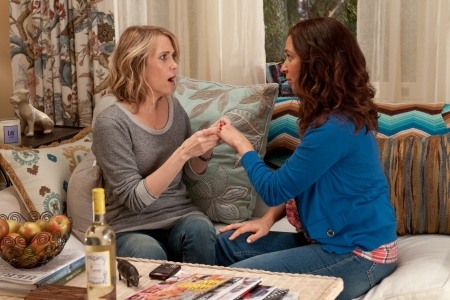 SheKnows: As you were coming up, did you sense that comedy was a boys’ club?

Maya Rudolph: I guess so. I felt like the girls that I worked with were really strong writers and strong character writers. On SNL, I never saw it as, “Now we’re doing ladies comedy.” I’m sure it pertains to another time but maybe it’s and maybe it’s just the dudes I work with — soft, generous dudes.