When Mike Huckabee wants to sell a book, he knows exactly what to do — mention Oscar-winning actress Natalie Portman. He recently bashed the young star for being pregnant out of wedlock. 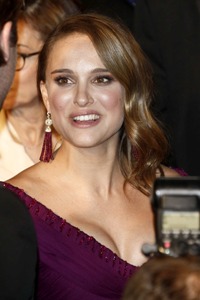 Mike Huckabee isn’t as impressed as the rest of the world with brand new Oscar winner Natalie Portman. In fact, the former Arkansas governor and presidential hopeful bashed her life decisions on Thursday.

During a radio interview, Huckabee stated that the 29-year-old actress should live her life according to his moral view. He said she was setting a bad example by having a child out of wedlock. (Portman is engaged to the baby’s father whom she met on the set of Black Swan.)

“I think it gives a distorted image,” he said. “It’s unfortunate that we glorify and glamorize the idea of out-of-wedlock children.” Unlike Portman, he said that “most single moms are very poor, uneducated, can’t get a job, and if it weren’t for government assistance, their kids would be starving to death and never have health care.”

The politician told Us Magazine, “These people should read my book and they would know what I said instead of what some left-wing partisans are attempting to put forth. I do appreciate the attention to the book as it is sparking interest in it dramatically.”