Alex Pettyfer is the beast in Beastly and the beauty in director Daniel Barnz’s version of the classic tale is Vanessa Hudgens. Beastly is a modern update on the Beauty and the Beast fable set in an American high school.

Beastly is based on the young adult novel by Alex Flinn and when it debuts in theaters March 4, it will be the culmination of a two-year journey for its stars, Alex Pettyfer and Vanessa Hudgens. Pettyfer and Hudgens sat down in Los Angeles recently with us to discuss the finer points of Beastly as well as the rewarding moment that has finally arrived for them, Beastly is about to premiere. 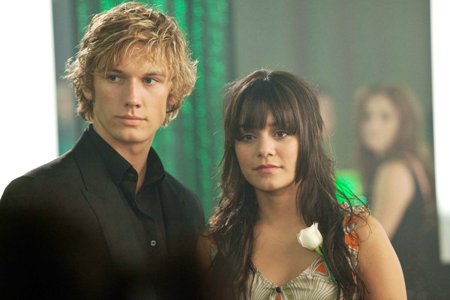 The film was shot in 2009 and is finally arriving for audiences in the shadow of Pettyfer’s star-making turn in I Am Number Four. Hudgens, fresh off of her High School Musical success, is moving beyond the teenage musical sensation with her role in Beastly, as well as her upcoming Journey sequel where she stars opposite Dwayne Johnson.

Pettyfer and Hudgens walk in the room together, each dressed to the nines.

SheKnows: This film is about judging people on the surface, Vanessa, have you had any trouble with people looking on the surface rather than seeing the real you? 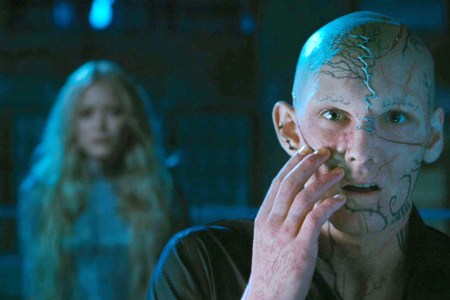 Vanessa Hudgens: I don’t know. I mean I feel like a lot of people think of Hollywood as being fake and whatnot but I think that’s only perceived that way because it takes ten people to make you look like you do. But in reality they are there doing what they’re impassioned about and I feel like I’ve been fortunate enough that I’ve got to meet and work with some really passionate people. And that’s like why they are where they are is because they’re doing what they truly love.

SheKnows: When SheKnows visited you on the Montreal set, you mentioned you hoped to keep some of the dresses. Did you get to?

Vanessa Hudgens: No, but I kept a bracelet that I wore. I really wanted to take my rose necklace because it was so symbolic of Beauty and the Beast. But, I never got hold of it.

SheKnows: Alex, why were you attracted to Beastly? Is it because the story is told primarily from the Beast’s point of view versus this being the Beauty’s storyline?

Alex Pettyfer: Yeah, it’s just a different story, which is what you look for. I think humans are creatures of habit. I think we just like to see the same things different. I just really feel that the story was really well written. 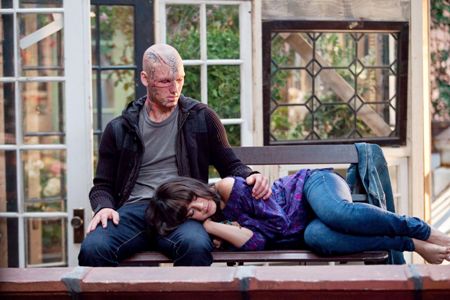 SheKnows: Vanessa, how did you get inside the head of your character, Lindy?

Vanessa Hudgens: Lindy is a kind of a girl who thinks it’s easier to go through life under the radar, just kind of blend in because it’s easier. That’s why I think this story is so beautiful is because she sees the beauty in him. It helps her find herself as well.

SheKnows: What differences in the classic Beauty and the Beast story did you enjoy about Beastly?

Vanessa Hudgens: I sat down with Daniel Barnz (director) and the first thing he said to me is the beast will have no fur. No fur. I thought that was really interesting because that’s how it’s always been looked at and the beast wears a mane basically, and I think taking that away gave it a whole new reality and realism that hasn’t been touched on before.

SheKnows: Neil Patrick Harris is simply awesome in Beastly. What did you take away from working with Mr. Do Everything?

Vanessa Hudgens: So much fun [laughs]. We have such a blast. Neil is not only hysterical like his body of work is amazing. He’s really such a sweet kind guy. He’s really committed. He wore these contacts in his eyes so that he actually cannot see. He couldn’t see what was going on, which made things interesting. 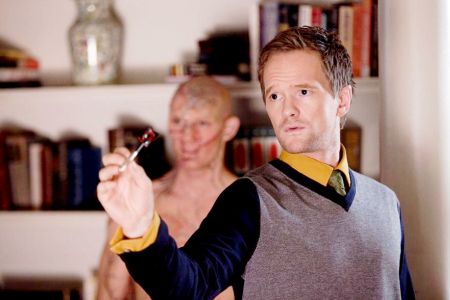 SheKnows: Alex, tell us a little bit about your experience with the film’s makeup. First, how long did it take to become Beastly?

Alex Pettyfer: Yeah [laughs]. I watched a lot of movies.

SheKnows: Vanessa, what’s your take on the new incarnation of the classic Beast?

Vanessa Hudgens: It was odd. It was really, really weird [laughs]. They kind of kept it a secret from me as long as they could. Then one night he was in Daniel’s trailer and they called me in. Alex was sitting there. I was literally in shock. I didn’t know what to say or do. He was just looking up at me and not saying a word. It was really haunting, but fascinating at the same time. I loved it. I thought there was something so mysterious and sexy about it.

SheKnows: Alex, were you happy with how extreme it was then? Did you mind?

Alex Pettyfer: At the time when I looked at it and said, “Yeah let’s do this!” Then I realized when I sit in the chair for six hours, I’m going, damn! [Laughs] What was I thinking? But yeah, I’m happy with it.

SheKnows: The secret of Beast is what?

SheKnows: Beastly is romantic certainly, do you have a favorite romantic film? 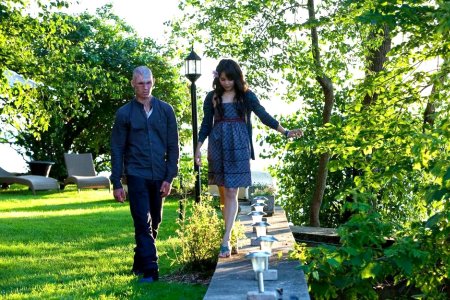 Vanessa Hudgens: I don’t know. There’s so many. I mean I guess you’d consider them chick flicks — Never Been Kissed. I just like fun romantic movies…

SheKnows: Alex, this film is established from the beginning about the hazards of looking at only a person’s appearance. Since you’re arrived in Hollywood from the U.K., have you found Hollywood a town that bases much on looks?

Alex Pettyfer: I’m one of those weirdos that stays out of Hollywood. I stay either in the mountains or on the beach, so I haven’t really been exposed to any of that yet.

SheKnows: Vanessa, you’ve been acting since you were quite young. How did you manage to stay so grounded?

Vanessa Hudgens: Family — definitely my family. I’m so close to my mom and my dad. If it wasn’t for them, I would not be the person that I am and I obviously wouldn’t be here. It’s about keeping people who are close to me near and people who love themselves and who are true to themselves and who have their own hobbies and their world doesn’t revolve around Hollywood.

SheKnows: Beastly also explores the lost art of letter writing. Do either of you even remember writing letters?

Vanessa Hudgens: I actually was a pen pal with one guy a long time ago [laughs]. I mean we only wrote to each other twice. We didn’t keep it up that long. But I mean I love it. I think it’s very sweet and like very creative when you put a pen to a paper. They don’t do it much these days with all this technology. That’s actually how my parents met. They were pen pals. My mom was in the Philippines and my father was in the States and they wrote to each other. He went out to meet her and they were wed not too long after.