Charlie Sheen has apologized to John Stamos after ripping the idea he could be replaced on Two and a Half Men. 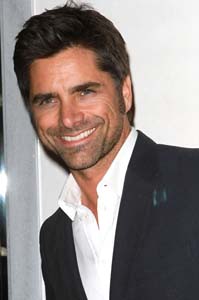 Charlie Sheen may be mildly psychotic but he does still have a shred or two of decency left.

When Sheen heard that CBS bigwigs were considering bringing John Stamos in as a replacement for him on Two and a Half Men, the random quote generator took exception to the idea.

“I love him,” Sheen told Access Hollywood. “I like John, but he doesn’t have what I have and the show sucks if he’s on it. Sorry, just speaking the truth.”

While Stamos didn’t comment on the matter, Charlie must have had an attack of conscience and realized that winners don’t have to put other people down.

He relayed the following mea culpa to Stamos during an appearance on an LA-area TV show Wednesday:

“I was out of line and you are a beautiful man and a talented man,” Sheen said. “And if you get the gig, we should talk.”