Diane Lane has been cast to play Superman’s mom in the upcoming Warner Brothers movie. Do you think she makes a good Supermom? 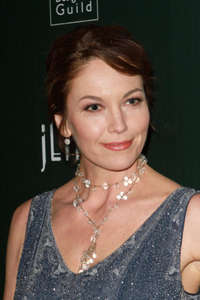 Diane Lane is slated to play Superman/Clark Kent’s adoptive mom in the upcoming Superman movie. Actor Henry Cavill, 27, will play Superman in the still untitled movie that is set for release in December 2012. Superman’s adoptive father, Jonathan Kent, has not yet been cast, however, Kevin Costner is rumored to be up for the role.

“This was a very important piece of casting for me because Martha Kent is the woman whose values helped shape the man we know as Superman,” said director Zack Snyder, on his decision to cast Lane.

“We are thrilled to have Diane in the role because she can convey the wisdom and the wonder of a woman whose son has powers beyond her imagination,” he said.

It is interesting to note that Lane, 46, will be the youngest actress to play the role of Martha Kent. In the 2006 movie, Superman Returns, Eva Marie Saint was 80 when she played the role. In the 1978 Superman movie, Phyllis Thacker was 57 years old.

Lane was nominated for an Academy Award in 2002 for Unfaithful, and has also been in hit movies such as Secretariat and Under the Tuscan Sun.

In other Superman casting news, Viggo Mortensen is rumored to be a contender for the role of the nefarious alien General Zod.

The new Superman movie is produced by Christopher Nolan of Dark Knight fame with a screenplay by David S. Goyer.