Say what you want about Charlie Sheen, he can certainly gain a Twitter following — over one million to be exact.

With status updates like, “Winning..! Choose your Vice…,” it’s no wonder Charlie Sheen broke the million follower mark on Wednesday, just 24 hours after he opened the account. The Twitpic of him and “goddess” Rachel couldn’t have hurt either. 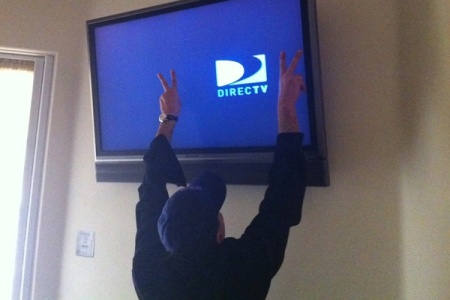 As all the world clicked the Charlie Sheen follow button on Twitter, they couldn’t contain their excitement over what crazy updates they’d see next. Fans were treated to updates like, “Just got invited to do the Nancy Grace show… I’d rather go on a long road trip with Chuck Lorre in a ’75 Pacer….,” and “Winner…! 2012…#winner,” in regards to a Twitpic of himself and a cake featuring an Oscar statue with his head placed on top.

One of his latest Twitter posts came after the late night surrender of his twin boys Bob and Max: “My sons are fine… My path is now clear… Defeat is not an option!”

He also took a moment to tweet his gratitude to those who helped him reach 1 million followers: “In all sincerity… Thank you Twitter community for the warm reception & the followers that helped get me to 1M in 24 hours!!!”

Are you following Charlie Sheen on Twitter? We certainly are.