Sweeps may be over, but it’s a whole night of new laughs on ABC tonight! On Modern Family, Jay is moved by a friend’s funeral and Cam gets more than he bargained for when he tries to take the power out of the word “adopted.” On The Middle, Frankie again faces off against Brick’s teacher, played by guest star and former Everybody Loves Raymond star Doris Roberts. On Better with You, the guys try to avoid the green-eyed monster and on Mr. Sunshine, Ben’s plan to appease his employees backfires. 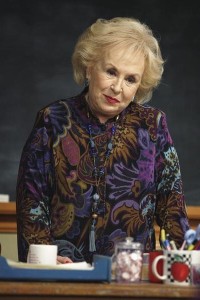 First at 8, Frankie blames Brick’s bad math on his teacher, Ms. Rinsky (Doris Roberts) on The Middle: The Math Class. Rinsky is sure their parenting is the cause for Brick’s bad grade and gets Frankie and Mike into a math class to bone up on their skills so they can help their son study. Across town, Axl gets a scare while he and Sue are looking after their two old aunts and he realizes he’s never followed through on helping Aunt Edie search for her buried time capsule. He and his sister consider finally making it happen.

Then on Better with You: Better without a Couch, Ben is concerned for Casey’s welfare when he learns Casey’s ex-girlfriend is back in town and wants her couch back. The Putney girls are no strangers to jealousy and Mia is not going to approve of what used to happen on the couch they’ve been using. In order to avoid the conflict, Ben comes up with a plan. Meanwhile, with a new baby on the way, grandparents-to-be Vicky and Joel need to tweak their wills. Maddie pushes them to let her do the job, only to learn they just can’t take their little girl seriously. Mia may like the perks of never growing up in their parents’ eyes, but it drives Maddie up the wall.

On Mr. Sunshine: Hostile Workplace, Ben is tasked with learning his employees’ names so they’ll like him better. Roman suggests a fantastic flashcard method, which backfires in a big way. Meanwhile, Crystal’s new beau is African American, so she asks interracial couple Alice and Alonzo to join them on a double date. Alice balks, offended by the whole conversation, but Alonzo thinks it’s a chance to help the boss, while also scoring points with her. 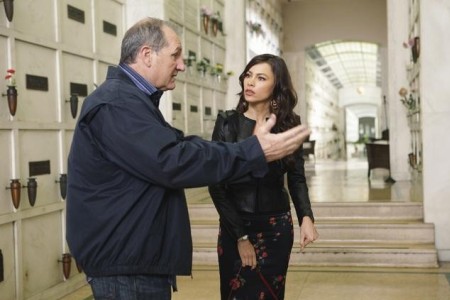 Finally, on Modern Family: Two Monkeys and a Panda, Phil takes a spa day, leaving Claire with bickering Haley and Alex, not to mention a healthy list of errands. Gloria is annoyed when Jay becomes fixated on providing for their hereafter and invests in primo side-by-side crypts, while Cam, moved by an Oprah episode, makes an effort to take the stigma out of the word “adopted.” When he decides to write a book celebrating Lily’s adoption, however, he stumbles on some unsettling artifacts.

The laughs start at 8 on Wednesday, March 2 on ABC, followed by a new episode of Off the Map.