Dancing With the Stars announced which pros will be paired up with its latest stars for season 12 and a Kirstie Alley-Maks Chmerkovskiy pairing just made our day. 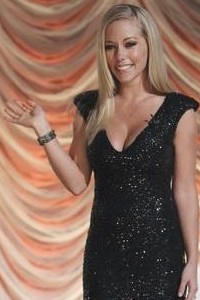 The final piece of the Dancing With the Stars cast puzzle has been put into place with the show’s announcement of its pairings.

Kirstie Alley teaming up with Maksim Chmerkovskiy is a match made in media heaven. He’s not known for having patience and she is definitely going to need it. Something tells us these two will be the talk of the ballroom.

Also teaming up on Dancing With the Stars for season 12 will be Wendy Williams with Tony Dovolani and E! star Kendra Wilkinson with Louis van Amstel. Louis van Amstel has a track record of turning decent dancers into beautiful swans. Something told us to watch out for Wilkinson from day one and now we’re even more excited.

Also in the mix are Petra Nemcova with Dmitry Chaplin, Ralph Macchio with Karina Smirnoff, Cheryl Burke with Chris Jericho and Disney star Chelsea Kane with Mark Ballas. Will Mark Ballas finally take his trophy back? There is no sign of Derek Hough this season due to his schedule (he’s filming a movie), so it could be Ballas’ turn.

Who is your early favorite for season 12 of Dancing With the Stars?