Charlie Sheen and Brooke Mueller have begun war for custody of their twins and a restraining order has already been filed! 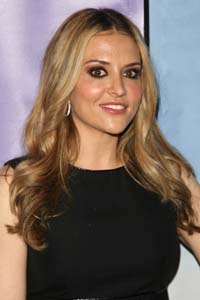 The divorce of Charlie Sheen and Brooke Mueller seemed surprisingly uncontentious, especially considering the event that caused their marriage to fall apart. Consider it the calm before the storm.

After a busy couple of days with the media and his goddesses, Sheen has decided Mueller is an unfit mother and blocked her from seeing their twin boys.

So Brooke went to the judge.

First, she asked for a restraining order, alleging that several vicious and detailed threats were made against her by Sheen. Charlie’s response? “Great. I was already planning on staying 100 parsecs away from her.”

Later, her lawyers went back to the court and convinced a judge to let her have the boys. Cops then removed the twins from Sheen’s home.

“My fangs are dripping tiger blood,” an enraged Sheen told RadarOnline.com as the boys were being removed.

Brooke was initially supposed to tag along with Charlie and his two girlfriends on a vacation to the Bahamas last week, but bailed at the last minute and was spotted at the Miami airport hightailing it back to LA.

Sheen doesn’t plan on taking this lying down, and sources say he was planning a move for full custody even before Brooke went to court.

“Charlie believes Brooke, at present, is not in a position to care for the children with the love and attention they need,” a source said, referring to Mueller’s own struggles with drug and alcohol abuse.

“He has consulted with a lawyer about what move he can take next.”

Sheen gave up custody of the two daughters he shares with Denise Richards in May 2010 and only sees them in the presence of approved adults.

Keep reading SheKnows for more on the Charlie Sheen soap opera as it happens!

read on for more charlie sheen!