After a few days of seeing Charlie Sheen provide the world with some of the best quotes known to man, we can revel in a new way to get our updates — Twitter! Charlie Sheen is now a member of the Twitter world! 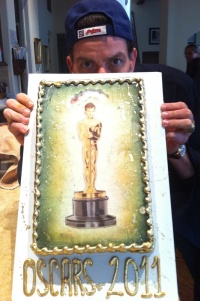 Charlie Sheen doesn’t need a publicist to speak for him, he’s got a new way to get his message out to the masses — Twitter! Charlie Sheen joined the popular social networking site on Tuesday with an interesting bio: An unemployed winner.

Okay, this is going to get even more interesting now that we don’t have to wait to hear about life according to Sheen — we can get updates directly to our computers and phones.

The most watched man in television, because of Two and a Half Men and his antics, has reportedly gained 300,000 followers within hours of his first Twitter posting.

Charlie Sheen has recently been using a number of news programs to continue his war of words with Two and a Half Men creator Chuck Lorre, so his use of Twitter won’t go unwatched. We wonder if this will help his $3 million an episode plan.

In terms of his image, Sheen recently told Howard Stern, “I don’t have much of a reputation left to ruin.”

Will you be following Charlie Sheen on Twitter? Is it bad to say we will be? Because it’s just too good not to!