Nelly Furtado is reportedly donating the $1 million she was paid by the Gaddafi clan for a show to charity. Should other stars who have performed for the Gaddafi clan, such as Mariah Carey, Beyonce and Usher, follow suit? 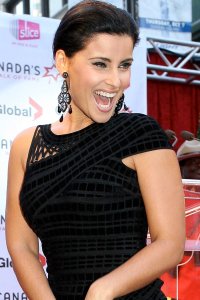 The world is condemning Colonel Gaddafi’s bloody response to the popular uprising in Libya and one of the stars paid to entertain his clan wants no part of it.

No charity has been named yet, but the gesture has started people talking.

According to a cable released by WikiLeaks, Mariah Carey was paid $1 million to perform four songs for Gaddafi’s son Muatassim at a New Year’s Eve celebration. And she’s not the only one. Beyonce, Usher and Lionel Richie have also performed for Gaddafi, according to reports. No word on whether or not these singers will follow suit.

So should they? Of course they should, assuming each member of this group is in a position to do so. So what do you think? Should the stars donate the money they were paid by Gaddafi? Or should they keep the cash since they performed the service? Let us know your thoughts.