The boyfriend of Christina Aguilera has been released from jail after being arrested on DUI charges that resulted in the songbird being held for public drunkenness. 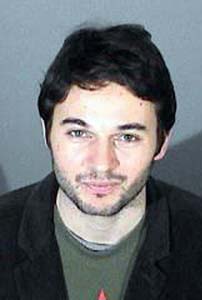 Matt Rutler has been released from jail after being arrested on DUI charges while driving girlfriend Christina Aguilera home from a rollicking night out on the town.

As SheKnows reported earlier, Aguilera was held by police for public drunkenness but will not be criminally prosecuted for anything.

Rutler’s blood alcohol limit was .09, above the California legal limit of .08. Police say that Aguilera was severely intoxicated and they took her into custody simply because there was no one else available at the scene to make sure she was okay.

A friend told RadarOnline that the singer is at home sleeping it off. “Christina is fine,” said the insider. “She is home and everything is completely calm at her house. She called Jordan and spoke with him and she spoke with Max and everything is OK. She is just going to relax at home for a little while. She is just really hoping to move past this and move forward.”

Rutler won’t be so lucky. Cops will definitely pursue DUI charges against him.

Aguilera’s boy toy, whom she met on the set of Burlesque while still married to Jordan Bratman, was spotted arriving at the singer’s Beverly Hills home after his release. While his smug-looking mug shot has hit the press, cops say it is unlikely Aguilera’s booking photo will be released since charges will not be filed against her.

A larger question looms: Is Christina Aguilera spiraling out of control? Rumors of her drinking problem have been growing louder and louder since she split from Bratman, and a lot of seemingly unrelated incidents are starting to add up: Going to the hospital with a split lip after a fall on the eve of her divorce announcement, flubbing the national anthem at the Super Bowl and wiping out while performing at the Grammys could all be attributed to bad luck — or to being totally hammered.