Christina Aguilera was arrested and taken to jail for public intoxication early Tuesday morning. Friends say they have been trying to get Aguilera into rehab for weeks. 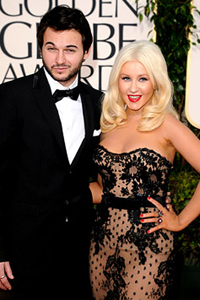 Los Angeles police pulled over Christina Aguilera and her boyfriend Matthew Rutler at 2:45 a.m. on Tuesday for suspicion of DUI. Aguilera, 30, was a passenger in the car and a police spokesperson said that she was “so intoxicated she couldn’t take care of herself” and was arrested on a misdemeanor charge of public intoxication.

Rutler, 25, was also booked on a misdemeanor charge of suspicion of driving under the influence. Aguilera’s bail was set at $250 and she has been released, however, Rutler’s bail is at $30,000 and he remains in police custody.

“They were cooperative, no problems at all,” Sgt. Michael Thomas tells Us Magazine. He goes on to say she was arrested “for her own safety. It’s kind of a welfare ‘arrest.’ Not a criminal arrest. She was intoxicated — too much to be in public. No one was available to take care of her, because the person she was with was arrested for drunk driving. When it’s determined she’s sober, she’ll be released.”

The Burlesque star split up with her husband of five years, Jordan Bratman, last September and they have one son, three-year-old Max. Friends have been worried about Aguilera in recent months. She was seen drunk and crying at The Dime in L.A. and there were reports saying she passed out in Jeremy Renner’s bed during his birthday party in January.

“Her friends are fed up,” one source reports. “She’s really spiraling. I would be shocked if she’s not in rehab in the next month or two.”