Actor Corey Haim was not included in the Oscars “In Memoriam” segment, leaving his BFF Corey Feldman to cry foul. 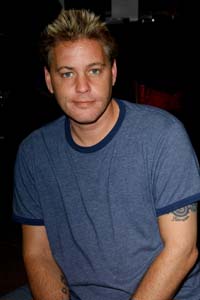 Corey Haim was left out of the SAG memorial, resulting in a public outcry — so you’d think the Academy of Motion Picture Arts and Sciences would have stuck him in their own. Not so much.

Despite his status as one of the hottest young actors of the 80’s, Haim was left out of the Oscars memorial. His best friend, frequent costar and biggest defender, fellow actor Corey Feldman, says that just plain sucks.

“Corey’s films have earned the industry over a half a billion dollars and his work remains an inspiration to young artists worldwide,” Feldman said. “Corey dedicated his life to the film industry. The same industry that failed to dedicate even 30 seconds to his memory.”

Feldman added that the Academy of Motion Picture Arts and Sciences doesn’t have a handle on who the public adores.

The Academy, who suffered similar criticism when they left Farrah Fawcett out of last year’s broadcast, says no matter what they do someone is going to be unhappy.

“Whatever the length of the sequence, there will always be fans and family members of those not included who will be disappointed by their omission,” the group said in a statement. “The Academy extends its understanding and its apologies to those who missed seeing a favorite face in this year’s feature.”

Haim died in March 2010 of complications from pneumonia. His decades-long battle with drug addiction put his career into a downward spiral he struggled to climb out of up until the day of his death.