A judge presiding over the Michael Jackson manslaughter case is threatening to sanction both sides after ongoing complaints that evidence is not being shared. 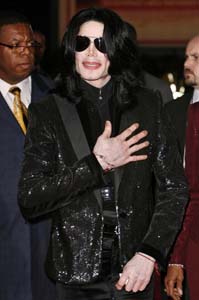 In a pretrial hearing, Judge Michael Pastor warned both the DA’s office and the criminal defense team of Dr. Conrad Murray that he will sanction both sides if they do not immediately improve giving discovery — otherwise known as sharing evidence — in the Michael Jackson death case.

“I want to emphasize I am considering very seriously the imposition of monetary sanctions at this point,” the judge warned. He added that he could fine each attorney $1,500 and that the sanction could delay the trial’s current start date of March 24.

“I seriously am considering all sorts of responses to the discovery situation,” the judge said.

Another hearing is due Wednesday and the judge ordered lead defense attorney Ed Chernoff to be there.

“I expect a dramatically increased production of discovery between now and then,” he added.

Conrad Murray is charged with manslaughter in the death of Michael Jackson, accused of negligently administering a fatal dose of Propofol leading to the star’s cardiac arrest. Murray’s defense is expected to be that Jackson gave himself the fatal dose while the doctor stepped out of the room.