It has been fantastic watching Melissa Leo go from underappreciated actress who landed an Oscar nomination for Frozen River two years ago to a favorite to win Best Supporting Actress for her role in The Fighter. 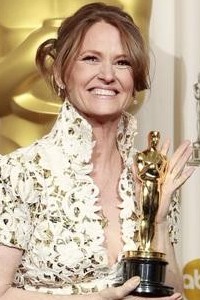 In a category that included her co-star in The Fighter, Amy Adams, Melissa Leo also took to the stage to accept her Oscar by eclipsing some amazing talent including Helena Bonham Carter, Jacki Weaver and Hailee Steinfeld.

Immediately after her whirlwind acceptance speech, Melissa Leo chatted about her Oscar night.

SheKnows: Kirk Douglas was so charming reading your category. Was it a little nerve-wracking though?

Melissa Leo: You know, it’s really funny because he’s an old actor. If anybody is an actor, he’s an actor, right? And actually, he was doing us all this huge favor, because the longer he strung it out, the calmer I got to be. I got to take more than one glance over at Amy, who was sitting just in front of me away from where he was. I wanted to watch him because he was delightful to watch and I wanted to peek at Amy — so he strung it out in a rather delightful way for me. It actually allowed a heart rate, that had gotten fairly high as the category was announced, to settle a little bit and wait and see what the envelope said.

SheKnows: What is it about working in Massachusetts that you enjoy so much? Both Conviction and The Fighter take place there.

Melissa Leo: I’ve worked in the Massachusetts area on a number of films, and it’s a great place to shoot. I think a lot of what makes The Fighter such an incredible film is that we were there in Lowell with the actual people.

SheKnows: So, do you think everyone will be talking about your choice of words. So sorry, but it looked like it just destroyed you. 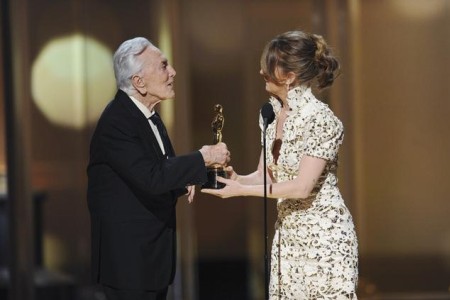 Melissa Leo: Those words, I apologize to anyone that they offend. There’s a great deal of the English language that is in my vernacular. I really don’t mean to offend, and probably a very inappropriate place to use that particular word in particular.

SheKnows: Did you get to meet the real Alice Ward?

Melissa Leo: Alice, I did have the opportunity to meet. I could not have played her without having met her. I wouldn’t have even known where to begin in many ways.

SheKnows: The hair on your character in The Fighter, it is priceless…

Melissa Leo: David O. Russell (director) encouraged the hair department to cut my hair shorter and shorter and dye it and all of that [laughs].