All the little golden men have been given out and The King’s Speech has taken Oscar’s top prize. The 83rd Annual Academy Awards are over for another year and we’re taking a closer look at the 2011 Oscars and whether the Academy got it right.

Well, the 2011 Oscars are over and everyone is off to the after parties. We had the first f-bomb in Academy Award history from Best Supporting Actress winner Melissa Leo. We had two people hosting. We also had very few surprises. 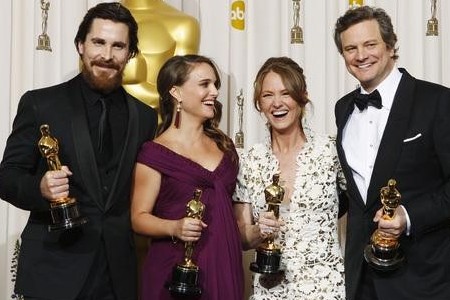 You could have predicted the winners in your sleep. Leo was a lock and so was Christian Bale for Best Supporting Actor. The big shock there was the joke he made about his famous screaming rant that exploded on the web and his stumble over his wife’s name. I’m curious if you think he was really choked up or if he used that as a cover up. Everyone knew Natalie Portman was going to take the prize for Best Actress. (She made me really nervous while she walked up those stairs.) The big surprise there was that no one played Portman or Best Actor winner Colin Firth off during their incredibly long-winded speeches. Firth was another no brainer. Tom Hooper, though not a lock for Best Director, was certainly understandable whether you liked The King’s Speech or not. And if you didn’t know Best Picture was going to The King’s Speech after that dubbed montage, you should check your pulse. 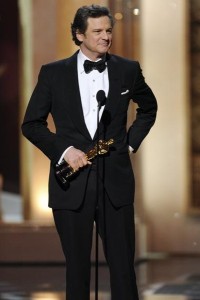 No, with the exception of True Grit walking away empty handed and Inception winning almost all the technical awards, the big surprises here were all ceremony and acceptance speech-related. Wally Phisker, who won Best Cinematography for Inception, got in a thank you for his union crew. Banksy (who sadly didn’t win for Exit Through the Gift Shop) was a no show. I thought he would have at least painted something on the back of presenter Oprah’s dress.

I think the most surprising moment of the night was the late Corey Haim being left off the “In Memoriam” montage. He passed away a few days after last year’s ceremonies. And that auto-tune montage, while funny, was a few years too late. We’d love to hear your thoughts. Were you as bored by the ceremony as 99-percent of the people I follow on Twitter?

Were you snoring once you heard the winners? And what did you think of Anne Hathaway and James Franco as hosts?

Let us know below!