There are ten pictures up for a Best Picture Oscar on February 27. In the final installment of our Oscar series, we’ll take a look at who’s competing for the golden statue for Best Picture: Black Swan, 127 Hours, The Kids Are All Right, The Social Network, The King’s Speech, Winter’s Bone, Toy Story 3, Inception, The Fighter and True Grit.

I don’t know about you, but for my money having ten films up for the Academy Award for Best Picture is a bit of overkill. Sure, I understand the thinking behind it. 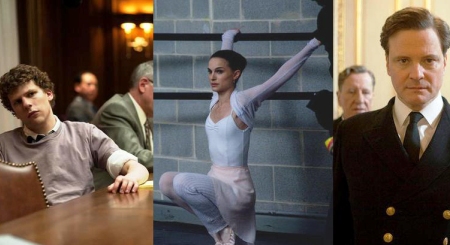 We want to make sure more than just the blockbusters get looked at. In the end though, this is really a three horse race between Black Swan, The King’s Speech and The Social Network. Some people might even leave Black Swan off that list. I’d love to hear what you think in the comments below. In the meantime, here is a look at the nominees.

Black Swan will definitely get a Best Actress Oscar for Natalie Portman. Well, almost definitely. It’s possible Annette Bening might nab it, but only slightly. Portman did an amazing job of portraying a mad ballerina who’s search for her darker self leads her down a dangerous mental path. The visuals were gorgeous, her co-star Mila Kunis successfully shook off any lingering memory of her television show and the incredible dancing was a pleasure to watch. Even a former dancer like myself had difficulty telling which moments were done by the stars and which by stunt dancers. This one definitely has the potential to take the prize.

The Fighter should get an award for all the hard work Mark Wahlberg did to get it to the big screen. After years of real life friendship with boxer Micky Ward and his brother Dicky, and four grueling years of training, his persistence paid off. Director David O. Russell knocked this one out of the park. Though Walhberg didn’t get a nod, Russell is up for Best Director, Christian Bale for Best Supporting Actor and Amy Adams and Melissa Leo are up for Best Supporting Actress. That has got to be pretty darn satisfying for a guy who started his career as the lead singer of Marky Mark and the Funky Bunch.

In my opinion, Christopher Nolan’s Inception is one of the most original films out there. Certainly this year. It’s complex and stunning portrayal of a dream world you can control started more post-date discussions than any film in recent memory. Did the dream totem fall at the end? Wait, how old were the kids? What were they wearing in the first scene? Though it may be a bit too complex for Oscar voters (meaning some of the emotion was held back in favor of effects), it certainly deserves to win for Art Direction, Cinematography and Visual Effects. 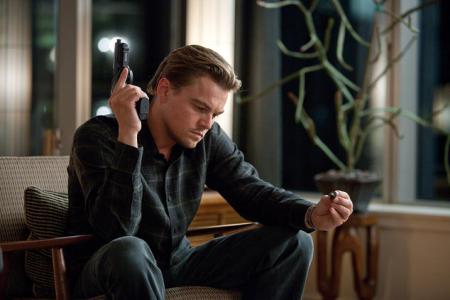 The Kids Are All Right

The Kids Are All Right has a great ensemble cast including Annette Bening, Mark Ruffalo and Julianne Moore. In fact, it would have been a pretty fantastic stage play. The writing was wonderful and so was the direction. Though it’s too small a piece where the drama is about a real life situation to take home a Best Picture statue, it deserves to be on a list this size.

The King’s Speech…have you heard of it? Something about a stuttering king? Just kidding of course. I’d say this film is the front runner. The Social Network might take the statue, but I’d be surprised. I think the strength of this film isn’t just the story. It’s the warmth between the cast members. It also shows us a side of royalty that we never see. We always get films about powerful Kings and Queens. We see them break down. We see them fight. In this film, we see a sweet soul who never wanted any of this and the beginning of a friendship with someone he’d never be allowed to connect with if he hadn’t been desperate. I’ve seen it three times. I plan on a fourth.

James Franco is a fascinating man. He seems to want to live three or four lifetimes in one. You have to admire that. It also made him the perfect person for 127 Hours. He has to carry the entire film and he does an incredible job. In addition, the writing and directing make sure it’s interesting to watch. Quite a feat for a film about one man, stuck in one place for days with no one to talk to but his camera. It’s also ensured that I always bring a pocket knife and a charged cell phone whenever I go hiking. 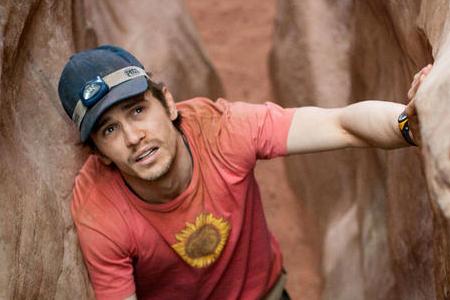 The Social Network is the real/fake story of the founding of Facebook. While it might not be the true story, it was a compelling look at what can happen to a friendship once money and power are thrown into the mix. Jesse Eisenberg was a tour-de-force and Andrew Garfield’s awards season snubs make me furious. He deserved a nod. If any film has a chance to beat The King’s Speech, this is it.

If you didn’t love Toy Story 3, I’m sorry but you have no soul. It’s the third installment of the series, where we get to see what happens to our buddies when their boy grows up. I have never seen as many men cry at a film as I did at the screening for this one. Though it won’t take the award, it’s nice to see animated films getting their due. It’s a lock for Best Animated Picture.

True Grit shows how much the Coen brothers have matured as film makers. They stayed closer to the book than their predecessors and turned out a stunning piece of work. My issue with True Grit is only that the nominated actors belonged in different categories. Hailee Steinfeld was the lead in this film and it’s a crime to see her in the Supporting group. I can’t wait to see what she does next.

Finally, Winter’s Bone, though seen by very few people, is a gripping portrayal of the meth culture in the Ozark mountains. Jennifer Lawrence will blow you away with her work in the film and it was wonderful to see chameleon actor John Hawkes get some recognition for his performance. It’s unlikely to get an award, but it will move you. Definitely worth a viewing.

I’ll be watching with you, so don’t miss our Oscar play-by-play during the ceremony!